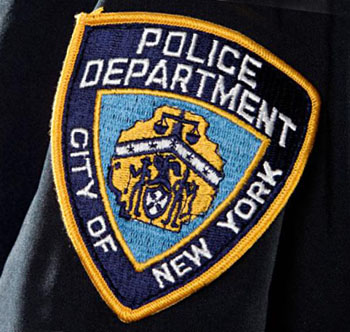 As long as we’re talking about crime today, the New York Times reports that the NYPD’s slowdown in citing people for minor violations doesn’t appear to be doing any harm:

In the week since two Brooklyn officers were killed by a man who singled them out for their police uniforms, the number of summonses for minor criminal offenses, as well as those for parking and traffic violations, has decreased by more than 90 percent versus the same week a year earlier, and felony arrests were nearly 40 percent lower, according to Police Department statistics.

….Yet reports of major crimes citywide continued their downward trajectory, falling to 1,813 from 2,127 for the week, a nearly 15 percent drop, according to Police Department statistics.

Mike the Mad Biologist thinks this might be a useful natural experiment:

Here’s the thing: this might not be like the sanitation workers strike. Then, it was obvious what the consequences were—mounds of rotting garbage. But what happens if, after a couple weeks of slowdown, there’s no uptick in violent or property (i.e., breaking and entry) crime? That would undermine the current policing philosophy of the NYPD (and many other cities)….If violent crime doesn’t increase, then arresting people for minor violations doesn’t seem like a good strategy.

Helluva experiment. Let’s see what the outcome will be.

Unfortunately, I doubt that this will tell us anything at all. The timeframe is too short and there are too many other things going on at the same time. Crime statistics have a ton of noise in them, and it’s hard to draw any conclusions even from a full year of change. You need years of data, preferably in lots of different places. A few weeks of data in one place is basically just a null.

So….yes, it’s potentially an interesting experiment. In real life, though, it’s not. It’s just a howl of protest from the police that will tell us little about anything other than the state of relations between City Hall and the NYPD.