You know, the more I mull over the Republican complaint about how immigration reform is being implemented, the more I sympathize with them. Public policy, especially on big, hot button issues like immigration, shouldn’t be made by 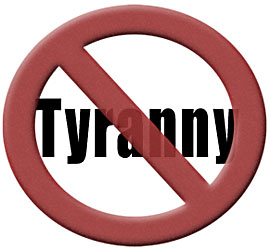 one person. One person doesn’t represent the will of the people, no matter what position he holds. Congress does, and the will of Congress should be paramount in policymaking.

Now don’t get me wrong. I haven’t changed my mind about the legality of all this. The Constitution is clear that each house of Congress makes its own rules. The rules of the House of Representatives are clear and well-established. And past speakers of the House have all used their legislative authority to prevent votes on bills they don’t wish to consider. Both the law and past precedent are clear: John Boehner is well within his legal rights to refuse to allow the House to vote on the immigration bill passed by the Senate in 2013.

Still, his expansion of that authority makes me uneasy. After all, this is a case where poll after poll shows that large majorities of the country favor comprehensive immigration reform. The Senate passed a bipartisan bill over a year ago by a wide margin. And there’s little question that the Senate bill has majority support in the House too. So not only is the will of Congress clear, but the president has also made it clear that he’d sign the bill if Congress passed it. The only thing stopping it is one man.

That should make us all a bit troubled. John Boehner may be acting legally. But is he acting properly?