In the New Republic this weekend, Eric Posner warns that President Obama’s recent executive action on immigration may come back to haunt liberals. Obama’s order was perfectly legal, he says, but “it may modify political norms that control what the president can do.” And since most of the regulatory apparatus of the government is fundamentally liberal in nature, a political norm that allows presidents to suspend enforcement of rules they don’t like benefits conservatives a lot more than it does liberals.

This is not something to be taken lightly, and Posner makes his point pretty reasonably—unlike a lot of conservatives who have been busily writing gleeful, half-witted columns about suspending the estate tax or dismantling the EPA. Political norms matter, as Republicans know 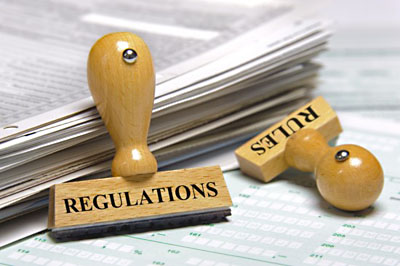 very well, since they’ve smashed so many of them in recent years. Still, there are a couple of reasons that there’s probably less here than meets the eye, and Posner acknowledges them himself.

First, although the core of Obama’s authority to modify immigration law lies in his inherent power to practice prosecutorial discretion—which is rooted in the Constitution—the specific actions he took are justified by statutory language and congressional budgeting priorities that are unique to immigration law. As conservative lawyer Margaret Stock reminds us, “The Immigration and Nationality Act and other laws are chock-full of huge grants of statutory authority to the president.” And Posner himself agrees. “The president’s authority over this arena is even greater than his authority over other areas of the law.” He reiterates this in his TNR piece, explaining that immigration law “falls uniquely under executive authority, as a matter of history and tradition.”

So Obama’s actions may be unusually broad, but that’s largely because immigration law is written to give the president considerable latitude. That’s much less the case for things like the tax code or the Clean Air Act. So even though it’s true, as Posner says, that most regulatory statutes “contain pockets of vagueness,” there’s less precedent here than it seems, and less breaking of political norms than Posner imagines.

But there’s a second reason that Obama isn’t seriously breaking any political norms: they were already broken years ago. Posner himself tells the story:

In 1981, Ronald Reagan entered the presidency vowing to deregulate the economy. But because the House was controlled by Democrats, Reagan could not persuade Congress to repeal as many regulatory statutes as he wanted to.

So Reagan sought to undermine the regulatory system itself. He forced agencies to show proposed regulations to the Office of Management and Budget, a White House agency, and empowered the OMB to block or delay regulations that did not satisfy a cost-benefit test. Although OMB was told to obey the law, liberals howled that the effect of the cost-benefit test was to undercut regulation since no such test existed in the statutes under which agencies issued regulations. And when the Reagan administration could not change or repeal the rules, it cut back on enforcement. The Justice Department famously reduced enforcement of the antitrust and civil rights laws. More howls ensued.

But the Reagan administration exhausted itself fighting against political distrust of an imperial executive and overreached by trying to deregulate in areas—like the environment—that people cared about. Republican successors—the two Bushes—did not pursue deregulation through non-enforcement with such zeal. Obama’s deferral actions, by further normalizing non-enforcement, may reinvigorate the Reagan-era push for deregulation through the executive branch.

It’s become traditional that when a new president takes office he immediately suspends any of his predecessor’s executive actions that have been recently implemented. At the same time, his own team begins beavering away on regulatory changes that are part of his campaign agenda. At a different level, orders are written that make it either easier or harder for agencies to implement new rules and enforce old ones. And while Reagan may not have gotten all the deregulation he wanted, the OMB has become a permanent part of the regulatory landscape, which is yet another avenue for presidents to affect the enforcement of rules. It may not get a lot of attention, but when you fiddle with the cost-benefit parameters that OMB uses, the ripple effect can be surprisingly extensive.

In other words, agency regulations and executive orders are already major battlegrounds of public policy that are aggressively managed by the White House, regardless of which party is in power. Has Obama expanded this battleground? Perhaps. But I don’t think the change is nearly as great as some people are making it out to be. Immigration law is fairly unique in its grant of power to the executive, so we don’t really have to worry about President Rand Paul rewriting the tax code from the Oval Office. We do need to worry about all the other executive actions he might take, but for the most part, I don’t think that’s changed much. The kinds of things he can do are about the same now as they were a week ago.