The Guardian has a fairly chilling story today about an internal report from the World Health Organization that basically concludes WHO completely botched its response to the Ebola outbreak in Africa:

The UN health agency acknowledged that, at times, even its own bureaucracy was a problem. It noted that the heads of WHO country offices in Africa are “politically motivated appointments” made by the WHO regional 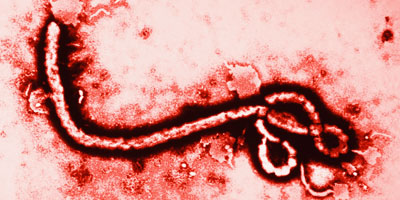 director for Africa, Dr Luis Sambo, who does not answer to the agency’s chief in Geneva, Dr Margaret Chan.

….At a meeting of WHO’s network of outbreak experts in June, Dr Bruce Aylward, who is normally in charge of polio eradication, alerted Chan to the serious concerns being raised about WHO’s leadership in west Africa. He wrote an email that some of the agency’s partners including national health agencies and charities believed the agency was “compromising rather than aiding” the response to Ebola and that “none of the news about WHO’s performance is good.”

Five days later, Chan received a six-page letter from the agency’s network of experts, spelling out what they saw as severe shortcomings in WHO’s response to the deadly virus.

Click the link for more details. A couple of weeks ago I was chatting with someone about why everyone was freaking out about Ebola, and I mentioned that distrust of government experts was part of the reason. And that’s hardly unreasonable. The CDC has now admitted that its response was slow and inept in many respects, and WHO was apparently just flatly incompetent. So when CDC experts tell us, for example, that stopping flights from west Africa would be counterproductive, is it any wonder that lots of people don’t believe them? The truth is that I’m not sure I believe them either. After all, what have they done over the past couple of weeks to earn my trust?

Maybe this is unfair. And I’m hardly here to defend the media’s insane, panic-promoting coverage of Ebola. Still, you can’t publicly screw up over and over and then act bewildered when the public no longer trusts anything you say.