Fareed Zakaria steps into the brawl touched off by Bill Maher and Sam Harris last week about whether Islam is inherently violent and reactionary:

Places such as Indonesia and India have hundreds of millions of Muslims who don’t fit these caricatures. That’s why Maher and Harris are guilty of gross generalizations. But let’s be honest. Islam has a problem today. The places that have trouble accommodating themselves to the modern world are disproportionately Muslim.

In 2013, of the top 10 groups that perpetrated terrorist attacks, seven were Muslim. Of the top 10 countries where terrorist attacks took place, seven were Muslim-majority. The Pew Research Center rates countries on the level of restrictions that governments impose on the free exercise of religion. Of the 24 most restrictive countries, 19 are Muslim-majority. Of the 21 countries that have laws against apostasy, all have Muslim majorities.

There is a cancer of extremism within Islam today. A small minority of Muslims celebrates violence and intolerance and harbors deeply reactionary attitudes toward women and minorities. While some confront these 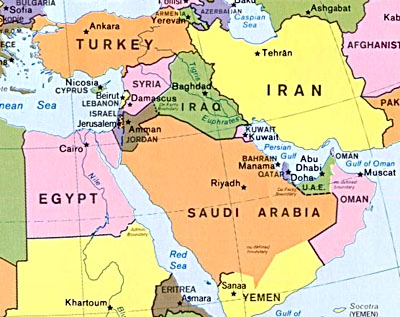 extremists, not enough do so, and the protests are not loud enough. How many mass rallies have been held against the Islamic State (also known as ISIS) in the Arab world today?

Obviously this is hardly a perfect correlation. If you want to find exceptions, you can. But generally speaking, Saudi Arabia is the epicenter of Islam’s problems, a country that stands for virtually everything that the liberal West condemns. It is almost feudally anti-democratic. It is corrupt. It is theocratic. It treats women and gays horribly. Its legal system is barbarous. It is intolerant of any religion other than its own fundamentalist strain of Wahhabi Islam. It is no coincidence that 15 of the 19 terrorists who attacked us on 9/11 came from Saudi Arabia and the rest came from nearby countries. Saudi Arabia is a country that, by rights, should be shunned by every government on the planet.

But they’re not. For historical reasons, we’ve instead forged a longtime alliance with the princes of Riyadh. The world is paying a high price for this.