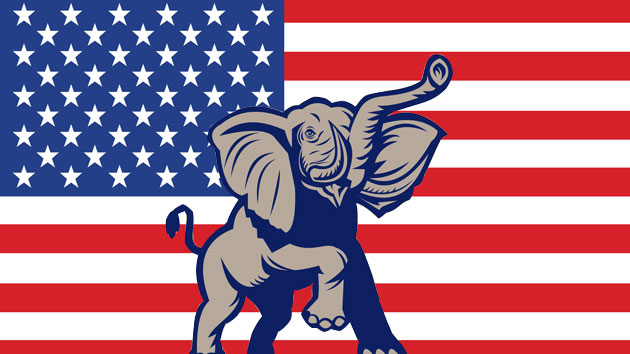 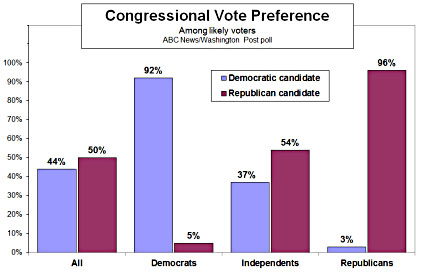 It’s now seven days until Election Day, and unfortunately things are trending pretty badly for us liberal types. The ABC/Washington Post poll on the right shows that Democrats and Republicans are pretty much all planning to vote for their own party next week, which leaves the election in the hands of independents. That turns out to be grim news. We can argue all day long about whether independents are “really” independent, but at this point it doesn’t matter. They represent about a third of the electorate, and at the moment they favor Republican candidates by nearly 20 percentage points.

There doesn’t seem to be any specific issue driving this. People are just generally unhappy. A huge majority think America is on the wrong track; Obama’s approval rating remains mired only slightly above 40 percent; and far more people blame Democrats than Republicans for the rising dysfunction of the federal government.

That last point is especially galling for Democrats, but it’s a win for Republicans and yet another sign of change in the way Washington is likely to work in the future. Republicans have discovered that a sufficiently united party can obstruct everything and anything but largely escape blame for the resulting gridlock. This lesson has not been lost on Democrats, and it bodes ill for the future regardless of who wins our next few elections. There’s just no reward for getting things done these days, and this probably means that less and less will get done. That’s Political Economy 101 for you.