Normally, says Ross Douthat, all the recent alarmist liberal chatter about impeachment “would simply be an unseemly, un-presidential attempt to raise money and get out the 2014 vote.” But not this time:

Even as his team plays the impeachment card with gusto, the president is contemplating — indeed, all but promising — an extraordinary abuse of office: the granting of temporary legal status, by executive 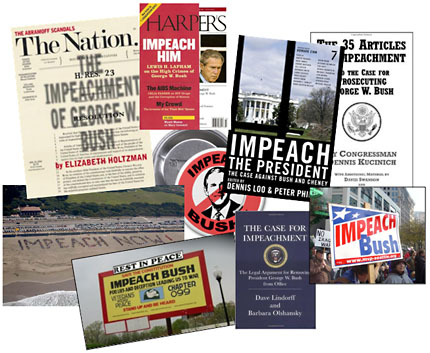 fiat, to up to half the country’s population of illegal immigrants.

Such an action would come equipped with legal justifications, of course….But the precedents would not actually justify the policy, because the scope would be radically different. Beyond a certain point, as the president himself has conceded in the past, selective enforcement of our laws amounts to a de facto repeal of their provisions. And in this case the de facto repeal would aim to effectively settle — not shift, but settle — a major domestic policy controversy on the terms favored by the White House.

….In defense of going much, much further, the White House would doubtless cite the need to address the current migrant surge, the House Republicans’ resistance to comprehensive immigration reform and public opinion’s inclination in its favor.

But all three points are spurious. A further amnesty would, if anything, probably incentivize further migration, just as Obama’s previous grant of legal status may well have done. The public’s views on immigration are vaguely pro-legalization — but they’re also malleable, complicated and, amid the border crisis, trending rightward. And in any case we are a republic of laws, in which a House majority that defies public opinion is supposed to be turned out of office, not simply overruled by the executive.

It’s worth pointing out at the start that we don’t know what Obama has in mind. It’s entirely possible that he’s deliberately leaking some fairly extreme ideas merely to get people like Douthat wound up. If and when he does issue executive orders over immigration, they might turn out to be a lot more moderate than anything the Fox News set is bellowing about. It wouldn’t surprise me.

But suppose Obama does issue an unusually bold executive order, one that halts immigration enforcement against a very large segment of the undocumented immigrants currently in the country. What then?

Well, it would depend on exactly what the order entails and what the legal justification is, but if it really does have a broad scope then I agree that it might very well represent presidential overreach. And, as Douthat says, congressional inaction wouldn’t be any kind of defense. Congress has every right not to act if it doesn’t want to. Aside from genuine emergencies, that provides not even the slightest justification for presidential action.

So I’ll just repeat what I said on Thursday: an executive order is hardly the end of the game. For starters, Republicans can take their case to the public, using Obama’s actions as a campaign weapon in 2016 to spur the election of a president who will reverse them. They can also go to court. In a case like this, I suspect they wouldn’t have much trouble finding someone with standing to sue, so it it would be a pretty straightforward case.

As it happens, I think the current Republican obsession with presidential overreach is fairly pointless because their examples are so trivial. Extending the employer mandate might very well go beyond Obama’s powers, but who cares? It’s a tiny thing. Alternatively, the mini-DREAM executive action is fairly substantial but also very unlikely to represent any kind of overreach. Ditto for recent EPA actions.

Presidents do things all the time that push the envelope of statutory authority. To be worth any serious outrage, they need to be (a) significant and (b) fairly clearly beyond the scope of the president’s powers. I don’t think Obama has done anything like this yet, but if Republicans want to test that proposition in court, they should go right ahead. That’s what courts are for.