One of the standard criticisms of Edward Snowden is that he should have tried harder to air his concerns via proper channels. This is fairly laughable on its face, since even now the NSA insists that all its programs were legal and it continues to fight efforts to change them or release any information about them. Still, maybe Snowden should have tried. What harm could it have done?

Today, Greg Miller of the Washington Post tells us the story of Jeffrey Scudder, who worked in the CIA’s Historical Collections Division. This is a division explicitly set up to look for old documents that can be safely released to the public. Scudder discovered thousands of documents he thought should be released, and he worked diligently through channels to make this happen. 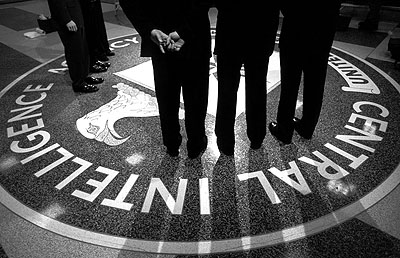 When that ran into repeated roadblocks, he eventually decided to try to force the CIA’s hand—legally, openly—by filing requests under the Freedom of Information Act:

Scudder’s FOIA submissions fell into two categories: one seeking new digital copies of articles already designated for release and another aimed at articles yet to be cleared. He made spreadsheets that listed the titles of all 1,987 articles he wanted, he said, then had them scanned for classified content and got permission to take them home so he could assemble his FOIA request on personal time.

….Six months after submitting his request, Scudder was summoned to a meeting with Counterintelligence Center investigators and asked to surrender his personal computer. He was placed on administrative leave, instructed not to travel overseas and questioned by the FBI.

….On Nov. 27, 2012, a stream of black cars pulled up in front of Scudder’s home in Ashburn, Va., at 6 a.m. FBI agents seized every computer in the house, including a laptop his daughter had brought home from college for Thanksgiving. They took cellphones, storage devices, DVDs, a Nintendo Game Boy and a journal kept by his wife, a physical therapist in the Loudoun County Schools.

The search lasted nearly four hours, Scudder said. FBI agents followed his wife and daughters into their bedrooms as they got dressed, asking probing questions. “It was classic elicitation,” Scudder said. “How has Jeff been? Have you noticed any unexplained income? Cash? Mood changes?”

….Last summer, the board recommended that Scudder be fired. Around the same time, he was shown a spreadsheet outlining his possible pension packages with two figures — one large and one small — underlined. He agreed to retire.

So, um, yeah. Snowden should have tried harder to work through proper channels. What harm could it have done?

At this point, of course, I have to add the usual caveat that we have only Scudder’s side of this story. The CIA naturally declines to comment. This means it’s possible that Scudder really did do something wrong, but spun a self-serving version of his story for Miller’s benefit. We’ll never know for sure. Nonetheless, I think it’s safe to say that this isn’t exactly a testimonial for aggressively trying to work through the proper channels, even if your goal is the relatively harmless one of releasing historical documents that pose no threats to operational security at all. By comparison, it’s pretty obvious that having his pension reduced would have been the least of Snowden’s worries.