Atrios makes a point today that’s been on my mind as well. So instead of writing it myself, I’ll just let him say it:

I think more people need to make the point regularly (even Krgthulu!) that the lack of inflation risks isn’t simply because we don’t have any actual inflation, it’s because if there’s one thing the major central banks know how to do — and are biased in favor of doing — is killing inflation. If we do wake up and discover that we’ve had sustained inflation at, say, the unimaginable level of 3% for several months, ushering in the Zombie Apocalypse, our great and glorious central banks will actually step on the brakes. Genuine inflation risk isn’t about a few months of too high inflation (which we should have but that’s another discussion), it’s about “irresponsible” central banks that will keep stepping on the gas even as hyperinflation is destroying the world. But 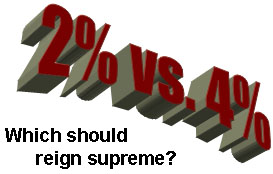 that isn’t going to happen and no one with half a brain really believes it’s going to happen. Are those who fret about inflation evil or stupid? I have no idea, but…

In addition, I’d expand a bit on his aside that a few months of high inflation would be a good thing. That’s true, and it’s the primary reason we shouldn’t let inflation fears overwhelm us. If the CPI rises by 4 or 5 percent for a few months, that’s not a problem. It’s happened before, and then reverted back to the mean. Even a year wouldn’t be a problem. In fact, it would probably be helpful since it would implicitly reduce real interest rates and act as a spur to the economy. And if inflation stays at an elevated level for more than a year? Then Atrios is right: if there’s one thing the Fed knows how to do, it’s kill inflation. There’s a ton of controversy over whether and how the Fed can influence other things (growth, employment, strength of the dollar, etc.), but there’s no question about its ability to curb inflation if it wants to. This is something that left and right both agree about.

So yes: we should tolerate higher inflation for a while. With the economy still as weak as it is, there’s a lot of potential upside and very little potential downside.