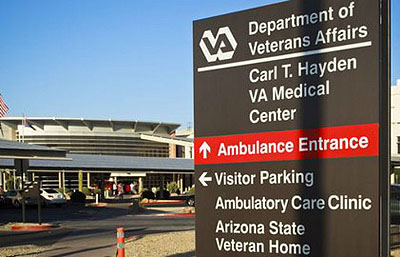 I’ve steered clear of the VA story for the past few days, though not for the obvious reason. Basically, I got to the point where the collective hypocrisy over the whole thing became too much to take. Rather than write an epic rant I might later regret, I decided to just shut up.

However, in one of my last posts on the topic, I urged everyone to keep at least two things in mind. First, there’s a difference between the backlog of vets trying to establish eligibility for VA health care and wait times for vets who are already in the system. Second, always ask: “compared to what?” If you’re claiming that VA health care is terrible on some metric or another, tell us how that compares to private sector health care.

Today, Phil Longman comes along to write knowledgeably about both topics. In particular, he takes on the second one. Here’s Longman on wait-times:

Here’s a key relevant fact that is just the opposite of what most people think. For all the wars we’ve been fighting, the veterans population has been falling sharply….I have visited VA hospitals around the county and often been unnerved by how empty they are. When I visited two of the VA’s four state-of-the-art, breathtakingly advanced polytrauma units, in Palo Alto and Minneapolis, there was hardly a patient to be found.

But at the same time there is a comparatively small countertrend that results from large migrations of aging veterans from the Rust Belt and California to lower-cost retirement centers in the Sun Belt. And this flow, combined with more liberal eligibility standards that allow more Vietnam vets to receive VA treatment for such chronic conditions as ischemic heart disease and Parkinson’s, means that in some of these areas, such as Phoenix, VA capacity is indeed under significant strain.

This regional imbalance in capacity relatively to demand makes it very difficult to manage the VA with system-wide performance metrics. Setting a benchmark of 14 days to see a new primary care doc at a VA hospital or clinic in Boston or Northern California may be completely reasonable. But trying to do the same in Phoenix and in a handful of other sunbelt retirement meccas is not workable without Congress ponying up for building more capacity there.

VA managers have known for years that some of their facilities were gaming the system by using paper lists and other tactics to mask long wait times. Mariah Blake has the whole story here. In other words, contrary to the legion of pundits who seem to have discovered the phrase “perverse incentives” just last week, VA managers aren’t drooling idiots who didn’t realize that incentive systems can be gamed. They knew it perfectly well and were trying to fix it. Rather, the problem was that (a) they failed to set different goals for different facilities, and (b) they’re apparently lousy at oversight.

Regional imbalances also explain why these problems show up only in some facilities and not in others. And it also explains why, on average, VA wait times are actually pretty good and why VA patients generally rate their care higher than private-sector patients. It helps you get a handle on the “compared to what?” question.

Longman’s piece isn’t an apology for the managers who gamed the system in order to spike their bonuses—or for their higher-ups who failed for years to get this under control—but it does explain why it’s happening in some places and not in others. And there’s more to come:

As I’ll argue further in future posts, the key question to ask when confronting the real deficiencies of the VA is “compared to what?” Once that context is established, it becomes clear that VA as a whole continues to outperform the rest of the American health system, making its true lessons extremely important to learn.

Longman is well worth reading if you genuinely want to understand more about how the VA works and how it compares to health care elsewhere. He’ll make you smarter, not dumber.