Ryan Cooper is annoyed by coins. They’re too much trouble, and they just pile up in the penny jar at home. I used to feel that way, but now that my local supermarket has a Coinstar machine, I don’t care anymore. I throw my coins into the machine every few months, and within a minute I get an Amazon gift card or something for the full value of the change. No muss, no fuss, no more rolling up coins.

Still, Cooper thinks we could do better if we not only got rid of the penny, but got rid of all our other small change too: 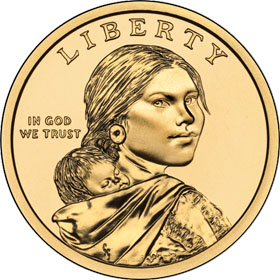 half-dollar, which is barely produced now, as a nice $5 coin.)

This will have several beneficial effects: first, it will make change real money again….Second, it will be easy to accomplish. We won’t have to have a big fight with the zinc lobby or Abraham Lincoln fans over whether to stop production of a particular coin, or rebuild all the vending machines around differently-shaped coins.

….Third — and this might be the most contentious part of this proposal — changing coins could be a nice piece of badly-needed economic stimulus. Effectively, we’d be printing up a bunch of new money and handing it to whoever has coins on hand. We’d have to think carefully about the details, but the idea would be to allow people who have old coins to hand them in for fresh new versions worth 10 times as much….How much money are we talking about? According to the Federal Reserve, as of 2010 there was about $40 billion worth of coins in circulation, which constituted 4.3 percent of the U.S. currency stock. We’d be increasing that by $360 billion at a stroke, which would actually be a pretty powerful economic stimulus.

I like this kind of out-of-the-box thinking! Unfortunately, I suspect the biggest beneficiaries wouldn’t be coin hoarders, but banks, which probably own about 90 percent of all circulating coins. (I’m just guessing about that.) Plus, you’d better do this in secret. If you don’t, you’re going to have the damnedest run on Sacagawea dollars ever. You can sign me up for a ton or two right now.