John Boehner says he really, truly wants to pass an immigration reform bill, but he can only do it if President Obama gives him more help. Steve Benen isn’t buying it:

To a very real extent, Obama has already done what he’s supposed to do: he’s helped create an environment conducive to success. The president and his team have cultivated public demand for immigration reform and helped assemble a broad coalition – business leaders, labor, immigrant advocates, the faith community — to work towards a common goal.

But that’s apparently not what Boehner is talking about. Rather, according to the Speaker, immigration reform can’t pass because House Republicans don’t trust 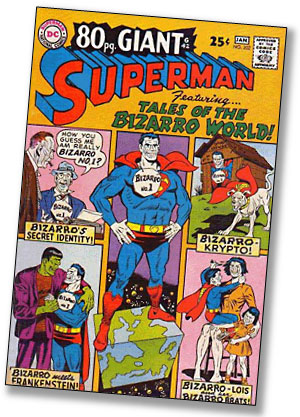 the president to faithfully execute the laws of the United States.

What’s Obama supposed to do about this? “I told the president I’ll leave that to him,” Boehner told the Enquirer.

I think that translates as “nothing is going to happen.” Boehner’s excuse, however, isn’t that tea party Republicans are obsessed about amnesty and fences and reconquista and all that. His excuse is that Obama has been so brazenly lawless that Republicans simply can’t trust him to enforce whatever law they pass. This is all part of the surreal “Obama the tyrant” schtick that’s swamped the Republican Party lately. Every executive order, every new agency interpretation of a rule, every Justice Department or IRS memo—they’re all evidence that Obama is turning America into a New World gulag. Never mind that these are all routine things that every president engages in. Never mind that they just as routinely get resolved in court and Obama will win some and lose some. Never mind any of that. Obama is an Alinskyite despot who is slowly but steadily sweeping away the last vestiges of democracy in this once great nation.

Barack Obama! A president whose biggest problem is probably just the opposite: he’s never managed to get comfortable throwing his weight around to get what he wants. He’s too dedicated to rational discourse and the grand bargain. He hires guys who want to nudge, not mandate. He wants to persuade, not coerce. That’s our modern-day Robespierre.