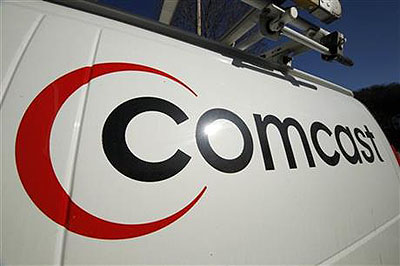 Paul Krugman says we made a mistake when we stopped worrying about monopolies:

At first, arguments against policing monopoly power pointed to the alleged benefits of mergers in terms of economic efficiency. Later, it became common to assert that the world had changed in ways that made all those old-fashioned concerns about monopoly irrelevant. Aren’t we living in an era of global competition? Doesn’t the creative destruction of new technology constantly tear down old industry giants and create new ones?

The truth, however, is that many goods and especially services aren’t subject to international competition: New Jersey families can’t subscribe to Korean broadband. Meanwhile, creative destruction has been oversold: Microsoft may be an empire in decline, but it’s still enormously profitable thanks to the monopoly position it established decades ago.

….And the same phenomenon may be playing an important role in holding back the economy as a whole. One puzzle about recent U.S. experience has been the disconnect between profits and investment. Profits are at a record high as a share of G.D.P., yet corporations aren’t reinvesting their returns in their businesses. Instead, they’re buying back shares, or accumulating huge piles of cash. This is exactly what you’d expect to see if a lot of those record profits represent monopoly rents.

It’s time, in other words, to go back to worrying about monopoly power, which we should have been doing all along. And the first step on the road back from our grand detour on this issue is obvious: Say no to Comcast.

I can’t find anything to disagree with here. Our current situation is mostly a result of the Borkian revolution in antitrust law, which began in the 1970s and has since upended the way courts think about monopolies. Instead of caring about competition per se—or its lack—Bork invented a beguiling tautology in which any company with lots of customers is ipso facto creating a lot of consumer welfare and must therefore be OK. And since successful monopolies always have lots of customers, consumers must be benefiting.

This has been a huge mistake. Competition is what drives creative destruction, and it’s valuable for its own sake. We’ve lost sight of that, and it’s time to reverse course.

In the case of Comcast’s proposed merger with Time-Warner, it’s possible to argue that cable TV is already a monopoly in every geographical area, so it doesn’t really matter who the monopolist is. That’s not entirely true, but it’s true enough to give one pause. More clearly dangerous, though, would be Comcast’s newfound monopoly over broadband internet in half the country. There are, theoretically, multiple ways to get broadband internet in your home, but in practice you’re limited to cable in about 90 percent of the country. That monopoly has given us some of the world’s worst broadband, both painfully slow and painfully expensive.

What’s more, as Michael Hiltzik points out, broadband is a direct competitor to cable in the streaming video market, and having a single company with a monopoly position in both is just begging for trouble. Comcast will almost certainly be willing to make promises of net neutrality in order to win approval for its merger with Time-Warner, but those promises will be short-lived. The truth is that if this deal were allowed to go through under any circumstances, it would probably deal a serious blow to our ability to use the internet the way we want, not the way Comcast wants us to. But if it goes through under our actual existing current circumstances, in which enforcement of net neutrality has already been reduced to a husk of its former self, then we can just kiss streaming video goodbye.1

Our real public priority ought to be figuring out a way to insist on broadband competition. There are various ways of doing this, some more free-marketish than others. But that should be the minimum price for approving this merger. A bigger cable TV provider might or might not be dangerous. A bigger monopoly in broadband internet will undeniably be. Competition is the answer to this, the more the better.

1Just to be clear for those new to this, Comcast wants us to use the internet only in ways that don’t interfere with the money they make from bringing TV and other video streams into our homes. In other words, their self-interest is directly opposed to net neutrality: they will push at every turn to block, slow down, or otherwise interfere with access to high quality streaming video over the internet. They want you to get that stuff from Comcast via cable TV, not via Netflix or Hulu or BitTorrent or any other provider via high-speed broadband.