The FDA is discussing whether it should allow scientists to perform in-vitro fertilization with genetic material from three parents:

The two-day meeting of the Food and Drug Administration panel is focused on a procedure that scientists think could help women who carry DNA mutations for conditions such as blindness and epilepsy. The process would let them have children without passing on those defects.

….The FDA’s announcement several months ago that it would hold a public hearing on the subject elicited an outcry from scientists, ethicists and religious groups, who say the technology raises grave safety concerns and could open the door to creating “designer” babies, whose eye color, intelligence and other characteristics are selected by parents.

Marcy Darnovsky, executive director of the Center for Genetics and Society and a vocal critic of the procedure, said human trials would mark the first time the FDA had approved a gene-modification technique whose effect is transmitted to a person’s descendants. “What we’re talking about 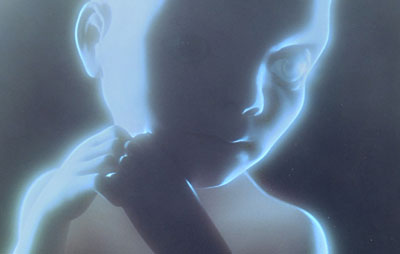 is radical experimentation on future children…. A decision of such profound magnitude should not be made behind the mostly closed doors of this agency,” Darnovsky told the committee Tuesday.

As a good liberal, my concern is largely that this gives rich families yet another leg up in the great lottery of life. Conservatives seems to be more concerned that we’re flouting the will of God or something. And I guess everyone is concerned about the safety of the procedure and where it ultimately leads. Eyes in the back of the head? Gills in addition to lungs? Custom-designed arm muscles that allow your kid to put Sandy Koufax to shame?

None of that really scares me, so I’m basically OK with all this as long as it’s done slowly and methodically. But I don’t think it much matters if I’m OK with it. If it can be done, there is simply nothing that will stop parents from getting it. That’s a movie trope Hollywood gets right. We should be discussing how to reasonably regulate this kind of thing, not whether to allow it at all.