The New York Times is pretty clearly expending a lot of resources on the various Chris Christie scandals. So far they haven’t produced any smoking guns, but they’re sure digging up some stuff that doesn’t look good for Team Christie. First up is a look at the Christie political team, which was apparently obsessed with winning votes in Democratic-leaning towns. This wasn’t because the 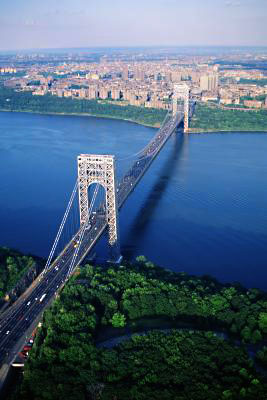 votes themselves were all that critical to Christie’s 2012 reelection campaign, but because winning in these places “would validate the governor’s argument that he would be the most broadly appealing Republican choice for president in 2016”:

Staff members in the governor’s office created tabbed and color-coded dossiers on the mayors of each town — who their friends and enemies were, the policies and projects that were dear to them — that were bound in notebooks for the governor to review in his S.U.V. between events.

….Officially known as “intergovernmental affairs,” the operation was a key element of the permanent campaign that allowed Mr. Christie to win twice in a largely Democratic state. It was led by Bill Stepien, his two-time campaign manager and deputy chief of staff, and then by Bridget Anne Kelly, who succeeded him in his role in the governor’s office.

….By many accounts, the person in the front office who handled most of the politics was Mr. Stepien…..He mapped out the list of mini-Ohios and mini-Floridas where Mr. Christie might win what they called “persuadable voters.”….Those 100 or so towns would receive special attention — state aid, help from the Port Authority, a town-hall-style session with Mr. Christie — in hopes that by the time the governor ran for a second term, he would have friends there; even if local officials did not endorse him, they would not be working for his Democratic opponent.

The point of this piece is to demonstrate three things. First, winning votes in cities like Fort Lee really was important to the Christie team. Second, they were pretty ruthless about going after those votes. Third, Christie himself met regularly with his team to discuss their tactics in minute detail. The strong inference is that (a) Shutting down lanes on the George Washington Bridge to intimidate a mayor who wasn’t playing ball was right up their alley, and (b) if they did this, Christie almost certainly knew about it.

The story doesn’t contain even a speck of proof that Christie had anything to do with the bridge closure. But it sure paints a suggestive picture. There’s obviously more to come on this.

The second piece ran on Wednesday, and it’s about Hoboken mayor Dawn Zimmer’s claim that the Christie administration held up flood aid from Hurricane Sandy unless she approved a redevelopment project supported by Christie. However, Wednesday’s story starts with an anecdote about a more recent flooding:

[Zimmer] dashed off a letter to Gov. Chris Christie, imploring him to help with Hoboken’s “ongoing flooding emergency,” and attached photos of cars in water up to their hoods. She was due to meet the next day with officials of the New Jersey Department of Environmental Protection, when she hoped to talk about protecting Hoboken from the next catastrophic deluge to come.

But according to newly obtained emails sent among the participants, the first topic of discussion on the agenda was “review of concepts for flood control measures at Rockefeller property,” a reference to a billion-dollar office complex proposed at the north end of town. The developer, the Rockefeller Group, which had long been trying to gain approval from local officials, sent two executives, two lobbyists and an engineer to the meeting.

A few days after this meeting, Zimmer had her famous chat in the parking lot of a Shop-Rite supermarket with lieutenant governor Kim Guadagno. Zimmer alleges that Guadagno told her she needed to “move forward” with the Rockefeller project if she wanted Hoboken to receive any further hurricane aid.

Again, there’s no smoking gun here, just a detailed look at the lobbying behind the Hoboken project and how much pressure Christie and his allies brought to bear on it. It doesn’t prove anything, but it certainly makes Zimmer’s allegations more plausible. And this stuff is already hurting Christie badly. A new ABC News poll shows that Christie has “gone from a 32-point net positive rating last summer to a 5-point net negative now — never a comfortable place for a public figure.”

It’s pretty obvious that stories like these are going to keep dripping out. The Times has several reporters assigned to bird dog this story, and once the New Jersey legislature starts subpoenaing people, there’s going to be continuing grist for an endless succession of lurid headlines. By themselves, neither of these stories moves the bar much. But as a harbinger of things to come, they’re pretty ominous for Christie. Buckle up.