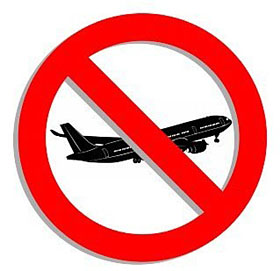 Two federal judges have recently ruled that the government’s no-fly list has some serious constitutional problems:

This follows on a federal court decision in August that travelling internationally by air involves “a constitutionally protected liberty interest.” While that case still has a way to go before it reaches a conclusion, the implications of a constitutionally protected right are that any limits on it must involve due process. Simply slapping names on a list because they’re allegedly suspected of the definition-of-terrorism-of-the-week and leaving people stranded won’t cut it.

The more recent decisions would seem to follow on that logic, recognizing that arbitrary limits on travel really do impair people’s ability to exercise their rights and such limits—especially when they involve official screw-ups—have to be fixable through some formal process.

It’s taken more than a dozen years to get to this point, and that’s a disgrace. The federal government certainly has the right to prevent foreigners from entering the country, and it doesn’t owe them due process when it makes those decisions. But preventing citizens and legal residents from flying overseas—or, even worse, allowing them to fly but not allowing them to return home—is police state territory. Ditto for the steady conversion of the Immigration Service into an extraconstitutional agency to harass and search citizens who can’t be legally harassed or searched by ordinary law enforcement.

The federal government simply doesn’t—or shouldn’t—have the right to unilaterally hound and persecute people based on the mere suspicion of a bureaucrat. Arbitrarily constraining travel is a favorite tactic of oppressive regimes, and it has no place in the United States. The faster this stuff is ended, and the faster that due process once again becomes more than just a nice idea, the better.