I like this Ezra Klein analysis of where we are in the budget/debt ceiling crisis. It picks up after the White House spent several fruitless months trying to negotiate with Republicans and eventually giving in completely to their spending demands. But even that didn’t do any good:

As the White House sees it, Speaker John Boehner has begun playing politics as game of Calvinball, in which Republicans invent new rules on the fly and then demand the media and the Democrats accept them as reality and find a way to work around them.

….The White House has decided that they can’t govern effectively if the House Republicans can keep playing Calvinball. The rules and promises Boehner makes are not their problem, they’ve decided. They’re not going to save him. And that also rules out unusual solutions like minting a platinum coin or declaring the debt limit unconstitutional. The White House doesn’t want to break the law (and possibly 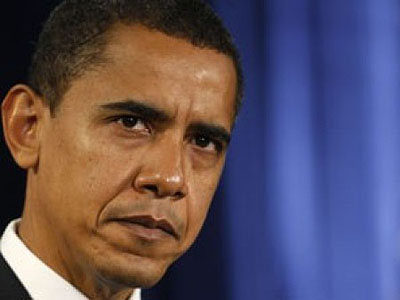 spark a financial crisis) in order to save Boehner from breaking a promise he never should have made.

Top administration officials say that President Obama feels as strongly about this fight as he has about anything in his presidency. He believes that he will be handing his successor a fatally weakened office, and handing the American people an unacceptable risk of future financial crises, if he breaks, or even bends, in the face of Republican demands. And so the White House says that their position is simple, and it will not change: They will not negotiate over substantive policy issues until Republicans end the shutdown and raise the debt ceiling.

I think Obama is right. Conservatives are basically trying to invent a new Constitution because they don’t like the way the current one works, and they’re doing it by threatening the equivalent of nuclear war if they don’t get their way. There’s simply no way that any president can give in to that.