Right now, there’s a common assumption in DC circles that Republicans won’t repeat the mistakes they made this month when the next budget deadline hits in January. Sure, there’ll be a fight over levels of spending and who gets what, but it will be a fairly ordinary fight. The government will stay 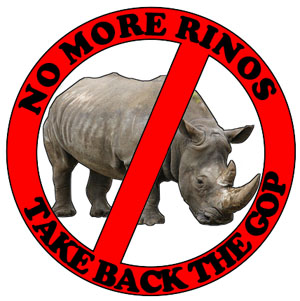 open, the debt ceiling will get raised, and Obamacare will remain safe.

Thoreau isn’t quite so sure. After all, January is perilously close to primary season:

The best way to win a GOP primary is to say that you refused to compromise with the Democrats. If I were a Democratic elected official, I’d much rather try to negotiate something with Republicans now than in primary season.

If the budget and debt ceiling negotiations were a bit later, that would work to the Democrats’ advantage, because shutdowns will not be popular with the general election audience. However, January is close enough to primary season that it stiffens Republican spines, and just far enough from November that a lot can happen in the interim.

My other prediction is that next August will be one hell of a news cycle. There’s a lot that both sides will want voters to forget before November, especially Team Red, so I predict Peak Stupidity in August of 2014. The crazier it is, the cleaner the slate is wiped in September.

I’m not sure I actually believe this, since I suspect that all the big talk about primarying each and every Republican who voted for yesterday’s deal is mostly going to turn out to be smoke. And if you don’t have a credible challenger by January, you don’t have a lot to worry about. But it’s still an interesting hypothesis that’s worth keeping an eye on.