The goal of strikers at the nation’s fast food restaurants is higher wages. But what’s the strategy for getting there?

The strategists know they want to achieve a $15 wage, but they seem to be ad-libbing on ways to get there. Perhaps they will seek to unionize workers at dozens of restaurants, although some labor leaders scoff at that idea because the turnover rate among fast-food employees is about 75 percent a year. Or the strategists and strikers might press city councils to enact a special “living wage” for fast-food restaurants. Or perhaps by continually disrupting the fast-food marketplace from counter to counter across the country, they can get 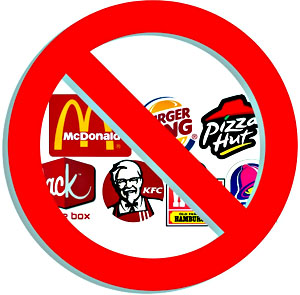 McDonald’s, KFC and others to raise wages to end the ruckus. The protests’ organizers acknowledge that yet another goal is to push Congress to raise the federal minimum wage and pressure state legislatures to raise the state minimums.

I would put my money squarely on the last one. Here’s the problem: just like any big company, fast food restaurants respond to public pressure. But they only respond on issues that don’t threaten their very existence. So if the public yells loudly enough, maybe they’ll stop using trans fats, or put their burgers in environmentally friendly containers. That stuff doesn’t really cost them very much.

But higher wages? That’s existentially threatening for any single chain. Fast food customers are notoriously price sensitive, and if McDonald’s raises its wages, its burgers will cost more and its customers will flock to Taco Bell. No amount of public pressure can overcome that. Period.

This wouldn’t be a problem, of course, if McDonald’s and Taco Bell signed a truce and both agreed to raise their wages. But that’s illegal. Collusion isn’t allowed even in a good cause.

But collusion is necessary to make progress. So the only way to square this circle is via a privileged actor who’s legally allowed to collude. There are basically two choices here. The first is a union. I’d be all in favor of unionizing fast food employees, but given the state of current labor law; the nature of fast food franchises; and the 40-year death spiral of private sector unions in America, I’d say a successful unionizing drive is unlikely in the extreme. So that leaves only one possible colluder: state and federal legislatures. They can set minimum wages across the board, thus preventing any one company from losing business to another because their wages have gone up. There’s no way they’re going to increase wages to $15—and given the threat of automation, they probably shouldn’t—but it’s not impossible to imagine minimum wages going up to $10 or $11. I can also imagine a more generous EITC, and I can imagine a true national healthcare system that raises fast food compensation by a considerable amount. All of these things together could actually get you pretty close to an effective wage of $15.

None of this would be easy, especially now, with the war cry of the tea party ringing through the halls of Congress. But at least it’s possible. If you really want to improve the lives of fast food workers, this is what to focus on. Collective action via the government is the only real hope of progress.

For more on this, check out “Could You Survive on Fast-Food Wages?” Our fast food wage calculator lets you see just how you’d do if you earned as much as an average burger flipper.