The Obama administration has decided to delay the employer mandate in Obamacare. Like the individual mandate, which requires individuals to buy insurance if they don’t get it elsewhere, the employer mandate requires big employers to offer insurance to their employees. Most big employers already offer insurance, so the primary idea behind this wasn’t to force laggards to step up to the plate. The idea was to maintain the status quo and make sure that employers currently offering insurance didn’t drop it once Obamacare started up.

There were two basic reasons for this. The first was financial: if employers dropped insurance (figuring that employees could buy cheap subsidized policies on the exchanges), then more people would switch to Obamacare and the cost of Obamacare would go up. Matt Yglesias does a pretty good job of dismantling that justification here.

The second reason was a little more abstract: Obama had promised that if you got insurance from your employer, “nothing would change.” Obviously that was never 100 percent true. When you enact a huge reform to a system as complex as healthcare, some people are going 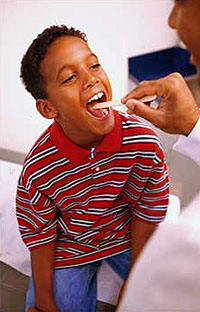 to see their options change. Still, as long as employers were required to keep providing insurance, Obama’s claim was mostly true. It only became non-true if employers began dropping their group coverage in large numbers and forcing their employees onto the exchanges. Thus the mandate.

It’s easy to look at all this and shake your hands at the cynicism of politics. But I guess I’m in a charitable mood this morning, because I don’t see it that way. Everyone knows that Obamacare was a mashup of compromises from the start. That’s politics. If you want something passed, you have to appeal to self-interest. Pharma wanted more drug sales. Hospitals wanted bigger subsidies. Doctors wanted to make sure their pay didn’t go down. People who currently have insurance they like wanted to be sure that they wouldn’t be forced into some strange new system. So if you want a healthcare reform bill to pass, you figure out a way to satisfy all those interest groups. And even when you do, your bill passes with a margin of exactly zero votes. Welcome to Washington DC.

If the employer mandate hadn’t been in the bill, CBO would have scored its cost higher, which would have meant higher offsetting taxes. That would have made it a tougher sell. Likewise, Republicans would have ginned up public fear over the prospect that employers would all drop their group coverage en masse. That would have turned the middle class against the bill. Put those two things together and maybe you lose a few votes. Maybe you lose one vote. It doesn’t matter. You can’t afford to lose any.

That sucks. But it’s the way things are and always have been, world without end. Everything is a compromise, and Obamacare is no different. Maybe someday we’ll be able to fix this if Republicans ever get over their snit and decide to help improve Obamacare instead of dedicating their lives, fortunes, and sacred honors to the single-minded goal of sabotaging and destroying it. We might have to wait a while for that, though.