Over at ClimateProgress, Ryan Koronowski reports on a study that showed liberals and conservatives were about equally likely to buy an energy efficient CFL light bulb if it cost the same as an old-school bulb:

But slap a message on the CFL’s packaging that says “Protect the Environment,” and “we saw a significant drop-off in more politically moderates and conservatives choosing that option,” said study author Dena Gromet, a researcher at the University of Pennsylvania’s Wharton School of Business.

This reminded me of a line in a Jonah Goldberg op-ed this morning about our “infectious pessimism”:

The obsession with “peak oil” and the need to embrace “renewables” because we’re running out of fossil fuels are other symptoms of our malaise. Fracking and other breakthroughs demonstrate that, at least so far, whatever energy scarcity we’ve had has been imposed by policy, not nature….Humans are better understood as creators who’ve consistently solved the problems of scarcity by inventing or discovering new paths to abundance. As the late anti-Malthusian hero Julian 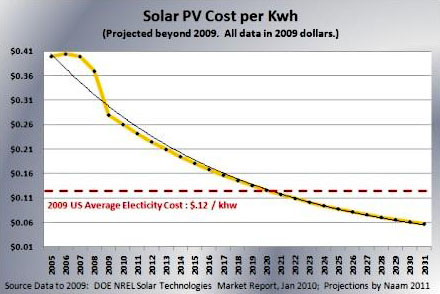 On the right, both climate change and questions about global limits on oil production have exited the realm of empirical debate and become full-blown fronts in the culture wars. You’re required to mock them regardless of whether it makes any sense. And it’s weird as hell. I mean, why would you disparage development of renewable energy? If humans are the ultimate creators, why not create innovative new sources of renewable energy instead of digging up every last fluid ounce of oil on the planet?

In other words, there are tons of good reasons to believe that we should be moving at warp speed to develop new sources of energy. You don’t even need to believe in peak oil if you don’t want to—though why you’d deny something so obvious is a mystery. Peak oil, after all, is only a question of when, not if.

I happen to agree that human ingenuity is, if not limitless, pretty damn close. So why not harness that ingenuity? Digging up ever more oil from ever more difficult and dangerous places is the sign of a plodding mind, not an ingenious one. If you truly believe in pushing the boundaries of human invention and creativity, you should be the world’s biggest fan of renewable energy. That’s our future.