Measuring inflation is really hard. Products sprout new features, quality goes up and down, and consumer tastes change. A banana today might be the same as a banana ten years ago, but if you buy a car, a computer, or an iPod, how do you even begin to compare it to a basket of goods you might have purchased ten years ago? At times, it’s a question that becomes almost metaphysical.

The boffins at the BLS spend a lot of time trying to figure this stuff out, and some time ago they decided that their classic CPI measurement probably wasn’t accurate. It was overstating actual inflation because it didn’t properly account for the fact that people change their buying habits when prices go up. If beef gets more expensive, for example, people buy more 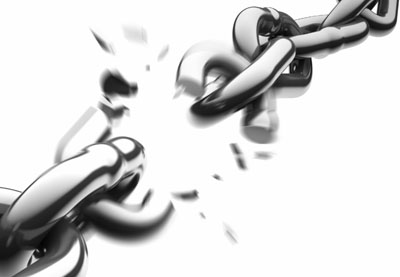 chicken. So if you just blindly plug the increased price of beef into your spreadsheet, you’ll end up generating an inflation number that doesn’t accurately reflect the actual consumption patterns of ordinary consumers.

To fix this, about a decade ago the BLS began tracking a measure called chained CPI. But there’s yet another problem with measuring inflation: it’s different for different groups of people. If you’re a child and you spend half your income on comic books, a rise in the price of comic books represents a gigantic increase in the inflation rate. For adults, not so much.

So if we switch to a new measure of CPI, it’s likely to affect different groups of people differently. In particular, although adopting chained CPI as the new official measure of inflation would more accurately reflect inflation for consumers who have a lot of freedom to change their buying patterns, it might be less accurate for consumers who are more constrained. One example of a group that’s more constrained is the elderly. Bob Greenstein acknowledges this in a short note that tots up the pros and cons of adopting chained CPI:

Most analysts who have studied the issue have concluded that the chained CPI — which has risen about one-quarter of a percentage point more slowly per year than the regular CPI over the last ten years — more accurately measures overall inflation than the regular CPI. But that judgment applies to the population as a whole. The chained CPI probably does not more accurately measure inflation for the elderly; in fact, it may well be less accurate.

This was a long windup to get to a simple question: Why only “probably”? Why don’t we know whether chained CPI is more accurate for the elderly? This has been a significant issue for years, since it directly impacts annual COLA increases for Social Security recipients. If chained CPI is more accurate even for the elderly, there’s good reason to adopt it. If it’s less accurate—because seniors spend a big chunk of their income on housing and medical care, and have little freedom to change that—then it would effectively produce COLA increases that didn’t keep up with inflation as experienced by seniors.

So why don’t we know? The BLS has an experimental measure called CPI-E that tries to measure consumer prices for the elderly, but it has a number of flaws and shows inconclusive results. And anyway, it reflects only the different buying patterns of the elderly, not whether chaining would unfairly assume that those buying patterns are more variable than they really are.

I assume it would cost a few million dollars to conduct a full-scale study of the effect of chained CPI on the elderly. But the effect on the elderly amounts to hundreds of billions of dollars. So what’s stopping us from putting in the time and money it would take to find out for sure?