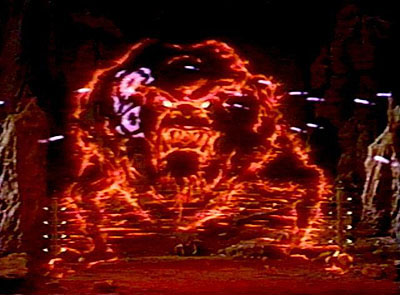 A couple of days ago a friend of mine and I were emailing about Michael Walsh of National Review. I didn’t really start noticing him until a year ago, but he’s become a favorite read since then because of his periodic forays into—these are my friend’s words here—”high grade rant that’s just pure right-wing id.” That’s about right. Walsh’s latest is called “Fight On,” and starts off with this Churchillian call to action for Republicans: “Fight them on every front, fight them in every state, fight them on television and in print and on the airwaves.” Here’s the best line:

Force the Democrats to defend their unmanly culture of dependency, and mock their misuse of the word “compassion.”

I suppose that might work, at least among the demographic that already reliably votes for Republicans. I’m not sure about the rest of the country. But as I kept reading, this is the part that actually got my attention:

You just know that if the money grab in Cyprus succeeds, it’s only a matter of time before the Democrats try it here, in the Marxist name of “fairness” and “income equality,” so beat them to the punch. Why not, as Glenn Reynolds suggests, introduce a bill to prevent just such a thing, and dare them to vote against it?

Wait. What? Introduce a bill to prevent which “thing”? So I clicked the link. Here’s Reynolds:

INVESTOR’S BUSINESS DAILY: First, They Came For The Cypriots… Like I said, an enterprising GOP member of the House or Senate would introduce a bill immediately to make such shenanigans illegal — and dare the Dems to oppose it.

Naturally, I clicked the link again. Here’s what I got from IBD:

The expropriation of the tiny country’s savings may have seemed like an easy test case for the EU because the population is small and some of the depositors are rich and unsympathetic, but the blowback will hit savings and investment — and future economic growth — all over Europe.

Worse still, it could catch on here.

Already Congressional Democrats are plotting the expropriation of Americans’ private 401(k) and IRA retirement savings accounts in favor of “a guaranteed income.” If bank accounts can be casually expropriated in Cyprus to pay for big-spending governments and bailouts, there is no reason a nice slice of the $19 trillion in retirement accounts can’t get the same treatment.

So is this now a thing on the right? That because the EU and the IMF cooked up a scheme to bail out Cyprus’s banking system by taxing bank accounts, Democrats might do the same thing here? And the bill these guys have in mind would prevent what? Expropriation of pension funds, something that’s already illegal? New taxes of any kind? What?

In any case, since the Cyprus bank tax appears to be dead at this point, I suppose this won’t have time to develop into a full-blown tea party conspiracy theory. Too bad. It coulda been fun.

UPDATE: A different friend emails with more detail about the pension fund thing:

This has been around right-wing circles for several years, at least. I first heard it on Fox Biz somewhere maybe two years ago, can’t remember whether it was Lou Dobbs or somebody else.

Since it’s often amusing to track back these crazy right-wing stories, when I first heard it on Fox Biz, I did a bunch of Googling and got to some think tank type report on the hugeness of the debt, maybe Heritage but I don’t remember, which mentioned 401(k)s and IRAs and etc. as about the only large untapped potential source of funds to pay off the national debt– which is of course idiotic.

The subsequent game of right-wing “Telephone” quickly morphed this into “The Democrats are coming for your 401(k)s!!!!” based on exactly nothing, but it’s now become an article of faith. All this without the Democrats having to do a thing!

How about that. For more, here’s a piece from a few months ago by none other than Jerome Corsi. It’s called “Now Obama wants your 401(k),” and I guess that headline is pretty self-explanatory, isn’t it?