That isn’t how I’ve always felt. As a congressman, and more recently as a senator, I opposed marriage for same-sex couples. Then something happened that led me to think through my position in a much deeper way.

Two years ago, my son Will, then a college freshman, told my wife, Jane, and me that he is gay. He said he’d known for some time, and that his sexual orientation wasn’t something he chose; it was simply a part of who he is. Jane and I were proud of him for his honesty and courage. We were surprised to learn he is 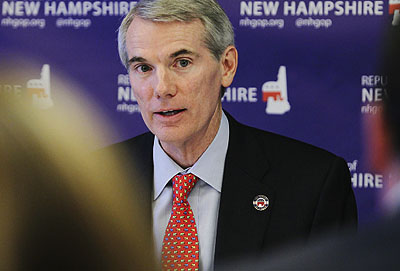 gay but knew he was still the same person he’d always been. The only difference was that now we had a more complete picture of the son we love.

I admit that my first reaction to this was disgust: I’m tired of conservatives who suddenly decide that Medicaid should be more generous with stroke victims after they’ve had a stroke themselves, or who suddenly decide gay marriage is OK when someone in their family turns out to be gay. Is it too much to ask that they show a little empathy even for people and causes that don’t directly affect their own lives?

But first reactions aren’t always right. I do wish conservatives could demonstrate a little empathy even for people and causes that don’t directly affect their own lives, but it’s not as if this is an exclusively conservative thing. It’s a human thing. Personal experience always touches us more deeply than facts and figures, and in the case of gay marriage we all knew this was how progress would be made. People would see gay characters on TV and shed a little bit of their discomfort. They’d learn that old friends are gay and decide they wanted to stay friends anyway. They’d learn their children are gay, and decide that they still wanted the best for them, even if that means supporting same-sex marriage.

We all knew this was how it would happen, slowly but steadily. We knew it. And now it’s happened to Rob Portman. It’s progress. It’s human. And I should be less churlish about it.