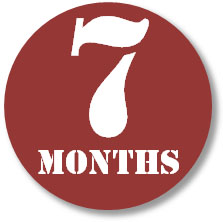 I’ve actually made this point twice today already, but both times it’s been buried in a longer post. So here’s a post that just says one thing:

Yes, it’s a dumb idea for the sequester to make equal, across-the-board cuts to every single agency in the U.S. government. But those dumb cuts are only for this fiscal year, which ends in September. For the following years, the cuts will be made mostly through the normal appropriations process. Congress and the president will have lots of freedom to make the cuts exactly where they want to, and to spare whatever programs they can agree on.

Just keep this in mind. It’s dumb to cut R&D spending, for example, but it’s only being cut for seven months. After that, normal funding will be restored if Congress can figure out someplace else to make the cuts instead. They can even do this in a limited way via the continuing resolution scheduled for a vote later this month. The sequester is dumb, but it’s slightly less dumb than people are making it out to be.

NOTE: Of course, the main reason the sequester is dumb is because we shouldn’t be cutting spending at all right now. We should be spending more. But that’s a whole different issue.