Ross Douthat argues that the Iraq War was the undoing of the Republican Party.

Boy, I sure don’t see this. Social Security reform was never going to happen, period. Democrats were unwaveringly opposed from the start, and would have been under any circumstances. Likewise, although it’s true that immigration reform was sabotaged by a conservative rebellion, there’s little reason to think it had anything to do with the war. It was a grassroots revolt from a party base that had always hated the idea. As for tax and healthcare reform, I don’t remember those even being on the 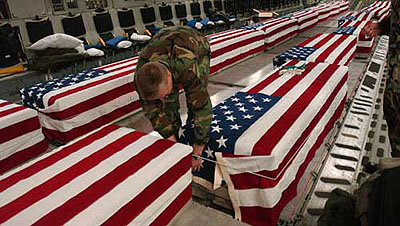 table. There was never any serious push for healthcare reform—or any expression of interest from the Bush administration—and tax reform was more a vague wish than a serious proposal.

The mundane truth is that presidents rarely accomplish big things domestically in their second terms. And to the extent they have, they’ve done it under worse circumstances than Bush: LBJ had Vietnam, Nixon had Watergate, Reagan had Iran-Contra, and Clinton had Monica Lewinsky. The Iraq War may have played a part in Bush’s second-term collapse, but his domestic failures were due far more to scandal, political miscalculation, and garden variety weariness than to the war—and Obama’s win in 2008 was due to all those things plus an epic financial collapse. His margin of victory was pretty much exactly what you’d expect given a lousy economy and eight years of his party being out of office.

Douthat’s followup is even harder to credit:

This collapse, and the Republican Party’s failure to recover from it, enabled the Democrats to not only seize the center but push it leftward….Nor is it a coincidence that these liberal policy victories have been accompanied by liberal gains in the culture wars. True, there’s no necessary connection between the Bush administration’s Iraq floundering and, say, the right’s setbacks in the gay-marriage debate. But cultural change is a complicated thing, built on narratives and symbols and intuitive leaps.

As The American Conservative’s Dan McCarthy noted in a shrewd essay, the Vietnam War helped entrench a narrative in which liberal social movements were associated with defeat in Indochina — and this association didn’t have to be perfectly fair to be politically and culturally potent.

In a similar way, even though Donald Rumsfeld and Dick Cheney weren’t culture warriors or evangelical Christians, in the popular imagination their legacy of incompetence has become a reason to reject social conservatism as well.

I don’t get this at all. Social liberalism proceeded apace all through the 70s, 80s, and 90s. The failure in Vietnam did nothing to slow it down at all. And the aughts were a mixed bag. Abortion and gun rights, for example, stayed stuck in the same rut they’d been in for years. Gay rights advanced, but that was just the continuation of a long-term trend. I’m hard put to give Iraq credit for any of this.

There’s no question that the Iraq War debacle was one entry on the bill of particulars against the Republican Party in 2008. But take a look at what’s happened since then. Obama has all but adopted Bush’s foreign policy as his own: he launched a war against Libya; escalated the war in Afghanistan; enormously expanded the use of drone attacks; and embraced virtually all of the worst aspects of Bush’s national security policy. But on the domestic side, he passed a big stimulus bill; repealed DADT; passed financial reform; and enacted a historic healthcare reform bill.

To believe that Iraq was responsible for this, you have to adopt the perverse view that a huge foreign policy failure was responsible for (a) a continuation of that very foreign policy, but (b) a repudiation of Bush’s completely unrelated domestic policy. That doesn’t strike me as very plausible. Unfortunately the evidence suggests just the opposite: on a wide variety of measures, the effect of the Iraq War has actually been startlingly modest. It played no more than a bit role in ushering us into the Obama Era.