Virginia Republicans, last seen ramming through a quick mid-decade redistricting plan while a Democratic state senator’s attendance at Monday’s inaugural ceremonies gave them a one-seat majority for a few hours, are now busily in the process of changing the way they allocate electoral votes. Unhappy over the fact that Barack Obama won all their EVs by the sneaky subterfuge of winning a majority of the vote, Sen. Bill Carrico has introduced a bill which would change the winner-take-all method that served Virginia so well until Obama 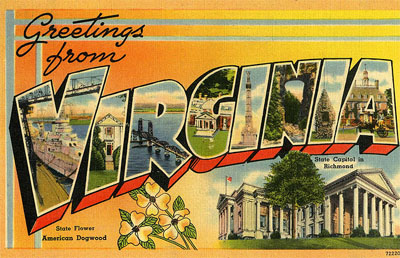 came along and ruined things. But Carrico went even further than other GOP-dominated states that are doing the same thing. Dave Weigel explains:

I interviewed Carrico about the bill last month, asking why he added a provision that makes this even less democratic than other vote-split schemes. Most of these bills assign one electoral vote for every congressional district, then give the two at-large districts to whoever wins the state. But the Carrico bill would assign the final two electors to whoever won the most districts….Had the Carrico plan been in place in 2012, Mitt Romney would have won nine of Virginia’s electoral votes, and Barack Obama would have won four — even though Obama won the popular vote of the state by nearly 150,000 ballots, and four percentage points.

Here’s what I don’t get. Why even bother with the pretense of fairness here? Everyone knows this is a naked power grab, and there’s not much point in pretending otherwise. So why not keep the winner-take-all rule, but change it to one that gives all of Virginia’s electoral votes to whoever wins the most districts? Or the most counties? That would pretty much guarantee that a Republican would win them all, rather than a mere 9 out of 13, wouldn’t it? What’s the holdup here?