There have already been dozens of postmortems of the Romney campaign making the point that they screwed up their data analysis. But I’m not quite sure I buy it. A couple of passages from John Dickerson’s piece in Slate today explain why. Here’s passage #1, explaining that Team Romney figured Obama couldn’t match the turnout he got in 2008:

Though Romney said he was “severely conservative,” it was the Obama team that played its hand conservatively. They, too, planned for fewer Democrats to show up at the polls, but in their case it was so that their campaign organization would work twice as 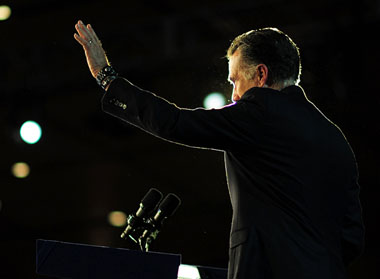 hard. On election night in Ohio, when turnout exceeded their intentionally conservative estimates in some districts, they knew that they’d win the state 45 minutes before the networks called it.

It’s not that the Romney camp failed to meet its targets. They say they actually met their voter outreach goals in Ohio….“We did everything we set out to do,” says a top strategist about the Ohio effort. “We just didn’t expect the African-American vote to be so high.” African-American participation in Ohio jumped from 11 percent of the electorate to 15 percent between the 2008 and 2012 elections. “We could never see that coming. We thought they’d gotten a lot last time.” But that wasn’t the only problem. Romney underperformed George Bush’s results from 2004 in the vast majority of Ohio’s counties, not just the ones with big African-American populations.

It wasn’t crazy to think that Obama couldn’t match his turnout from 2008, or that Democrats were less enthusiastic than they were four years ago. In fact, the Obama team apparently thought the same thing. And Ohio was a pretty close-run thing if Obama’s campaign wasn’t sure they’d won there until 10:30 pm.

But here’s what I continue to not get. Is it really that hard to predict turnout? Public polls in the last month of a campaign are all based on “likely voters,” and there’s no rocket science to this. They just ask people if they’re likely to vote. And for the entire four weeks prior to the election, Obama was winning the swing states among people who said they were likely to vote. No matter what preconceptions you might have, why would you dismiss this? It’s a butt-simple metric, and it’s worked before: if someone says they’re likely to vote, then they’re likely to vote. Boom. There’s your most probable turnout distribution.

In the final 10 days of the race, a split started to emerge in the two campaigns. The Obama team would shower you with a flurry of data—specific, measurable, and they’d show you the way they did the math….The Romney team, by contrast, was much more gauzy, reluctant to share numbers, and relying on talking points rather than data. This could have been a difference in approach, but it suggested a lack of rigor in the Romney camp. On Election Day, the whole Romney ground-game flopped apart. ORCA, the much touted- computer system for tracking voters on Election Day, collapsed….Field operatives never saw a beta version. They asked to see it, but were told it would be ready on Election Day. When they rolled it out Tuesday, it was a mess. People couldn’t log on and when they did, the fields that were supposed to be full of data were empty.

This tells a whole different story. First, it suggests that the Romney camp didn’t simply misinterpret their numbers. They never really had them in the first place. If their polling operation was anything like ORCA, it just wasn’t rigorously run. It was a mess.

I’m not sure which story to believe. Did they really have solid numbers but completely screwed up their analysis? Or was their whole operation being run on a hope and a prayer from the start?