All right, dammit, who was it that doctored those Benghazi talking points? Who was it that changed “terrorists” to “extremists”? It was somebody in the White House, wasn’t it? Probably Barack “I killed bin Laden” Obama himself, who just couldn’t bear to admit that terrorism still exists after four years of his glorious reign.

Then again, maybe not:

The intelligence community — not the White House, State Department or Justice Department — was responsible for the substantive changes made to the talking points distributed for government officials who spoke publicly about the attack on the U.S. mission in Benghazi, the spokesman for the director of national intelligence said Monday.

….The initial version included information linking individuals involved in the attack to al Qaeda, according to a senior U.S. official familiar with the drafting of the talking points. But when the document was sent to the rest of the intelligence community for review, there was a decision to change “al Qaeda” to “extremists.” The official said the change was made for legitimate intelligence and legal reasons, not for political purposes.

“First, the information about individuals linked to al Qaeda was derived from classified sources,” the official said. “Second, when links were so tenuous — as they still are — it makes sense to be cautious before pointing fingers so you don’t set off a chain of circular and self-reinforcing assumptions. Third, it is 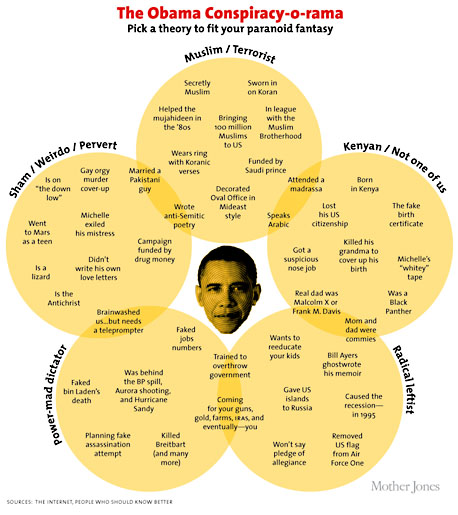 important to be careful not to prejudice a criminal investigation in its early stages.”

You’ll be unsurprised to learn that Republicans weren’t satisfied with this rather prosaic explanation. Their dissatisfaction stems, apparently, from the fact that last week witnesses told them they didn’t know who changed the words. But this week, after further investigation, they suddenly do know. That simply makes no sense. No sense, I tell you! It’s inexplicable that when they ask people questions and then give them time to investigate, those people return with with additional information.

Besides, it had to have been that rascally Obama. It just had to have been. After all, we all know that it was critical to his reelection effort that the American public believe it was “extremists” who killed our diplomats, not “terrorists.” Why? Because….um, come on, that’s just obvious. I don’t have to spell it out for you, do I? This whole affair has Saul Alinsky written all over it.