Walk into the “filing center” at a presidential debate and you’ll see hundreds of reporters seated at tables doing two things: Watching the action on TV (reporters covering the debates aren’t actually in the same room as 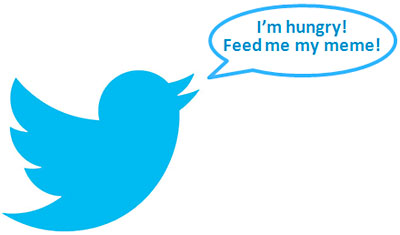 ….From the first minutes, journalists at the site and back at home monitor each other’s tweets, testing out themes and gauging which candidate is ahead, point by point: “First section kind of a wash” . . . “Romney very soft on Libya” . . . “Obama is condescending here” . . . “Zing!” . . . “No laughs in the press file for that canned Obama line.” Somewhere around the 30-minute mark, the conventional wisdom gels — and subsequent tweets, except those from the most hardened partisans, increasingly reflect the Twitter-forged consensus. Well before the end, the journalists agree on a winner, a loser and which moments — Big Bird, binders full of women, horses and bayonets — should trend their way into the news coverage.

….I don’t fault the journalists who engage in instant analysis….

Let’s stop right there. I fault the journalists who do this. Don’t get me wrong: I understand that professional reporters don’t live in a bubble. They attend the same events, they talk to each other on the campaign trail, and they read each others’ stories. This is inevitable, and it’s inevitably going to lead to a certain amount of bandwagoning.

But even if this is inevitable, it’s something that good reporters should at least fight. The last thing they should do is actively make it worse by obsessing over their Twitter feeds. So yes: let’s fault the journalists who do this. It’s insane. They should be doing everything they can to resist groupthink, not gleefully diving ever deeper into the looking glass. This is really a staggering dereliction of duty.