If you want to evaluate Barack Obama from a progressive point of view, you have to ask, “compared to what?” Or, as Matt Yglesias puts it today, “compared to whom?” He concludes that if you compare Obama to actual Democratic presidents 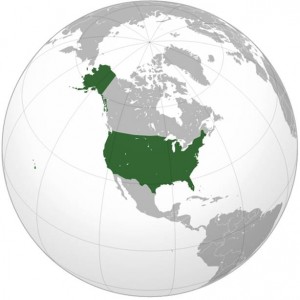 of the past half century, he comes out looking pretty good.

I agree, but more interestingly, he also makes a similar argument for how well Obama did steering the United States out of the Great Recession:

A better comparison class might be to ask “how’s Obama doing compared to other leaders steering their country through the Great Crash of 2007-2008”?

Here I think he looks pretty good but not great. The United States is doing better than Japan or the eurozone or the United Kingdom. On the other hand, we’ve done worse than Israel or Sweden or Australia or Canada. You can say maybe that small countries just have it easier, and maybe that’s right but I think it’s hard to test. Certainly Japan and the UK don’t seem to have it much easier than the US in virtue of being smaller. The comparative approach leads you, I think, to what’s more or less the intuitive conclusion that under Obama the American economy has done okay considering the circumstances but not nearly as well as it might have done. And so since swing voters mostly vote retrospectively based on macroeconomic performance, you wind up with a close election.

No big argument here, though I’d actually be a little more charitable towards America on this score. Japan and the UK are pretty big countries, so if anything, I think their difficulties suggest that things really do get harder as you get bigger. In some ways a global behemoth like the United States has maneuvering room that, say, Switzerland doesn’t, but in other ways it’s hemmed in in ways that Switzerland isn’t.

Given that, the truth is that the United States looks pretty good despite all the half measures from Obama and the endless obstructionism from Republicans. Russia has done better than us thanks to its booming resource sector, but aside from them I’d say we’ve probably done better than nearly all the other big economic zones in the world, including China, Europe, Japan, the UK, and India. There are lots of reasons for this that aren’t related to fiscal and monetary policy, but you still have the raw fact that, when you ask “compared to what?” America’s economic recovery looks surprisingly good.