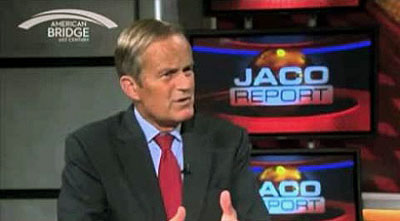 Public Policy Polling has some new numbers for the Missouri Senate race:

PPP’s newest poll of the Missouri Senate race finds that Todd Akin is weathering the storm and the contest remains a toss up. Claire McCaskill leads 45-44, just a small change from our poll last week which found Akin ahead by a 44-43 margin.

….53% of voters say that they accept Akin’s apology for his comments last week to 40% who do not….Akin’s favorability numbers are still poor with 33% of voters rating him favorably to 56% with a negative opinion. But that’s up a net 11 points from our survey last Monday when it came down at 24/58. A lot of voters have already moved on from being disgusted with him over his comments.

I’m sort of torn about this. Obviously I think Akin is a creep and a troglodyte, and I wish the news were worse for him. On the other hand, I have a rare chance to be correct about a political prediction here. I figured Akin would stay in the race, and he has. I figured his “legitimate rape” gaffe would blow over, and it looks like it has. I figured that eventually Republicans would quietly get back on his side, and I think that’s starting to happen. And finally, I figured that he’d end up winning. So far, the polling seems to suggest that he might very well.

Unfortunately, being right isn’t always what it’s cracked up to be. After all, Akin is still a creep and troglodyte. Here’s hoping that my cynicism about the Missouri electorate turns out to be misplaced.