Last week Paul Ryan told conservative radio host Hugh Hewitt that he had once run a sub-three hour marathon. More specifically, “I had a two hour and fifty-something,” he said. That’s pretty impressive. And, as it happens, untrue:

This evening, the terrific running journalist Scott Douglas figured out that Ryan had actually run a 4:01 in the Grandma’s Marathon in Duluth, Minnesota, in 1990, when he was a college student. This is not quite so fast.

….Ryan, through a spokesman, responded that he’d just mixed things up: “The race was more than 20 years ago, but my brother Tobin—who ran Boston last year—reminds me that he is the owner of the 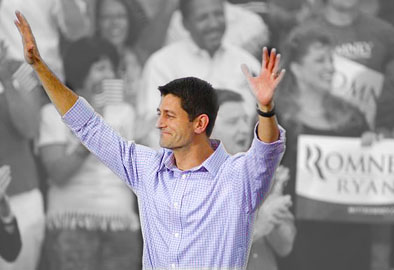 fastest marathon in the family and has never himself ran a sub-three. If I were to do any rounding, it would certainly be to four hours, not three.”

Does Ryan deserve a bit of mockery for this? Sure. But if there’s anything really telling about Ryan’s character here, it’s the fact that when he misrepresents himself, he doesn’t do it in a small way. Ryan didn’t just shave five or ten minutes off his time, the way some of us might if we were bragging about an old athletic accomplishment that no one could check up on, he shaved off a full hour, giving himself an extremely respectable, elite amateur time. This doesn’t quite rank up there with Kim Jong-Il carding eleven holes-in-one on his first round of golf, or Pat Robertson leg-pressing 2,000 pounds at age 76, but it’s in the same ballpark.

Keep this in mind when Ryan talks about his tax and budget plan and promises with a straight face that it will slash the deficit, benefit the middle class, protect the social safety net, and supercharge economic growth all at once: lying is easier when you tell a big lie. This is Ryan’s oeuvre. His mistake was letting himself be lulled by Hugh Hewitt’s blandishments and forgetting that even 20-year-old marathon times, unlike his rather spectacular economic claims, are pretty easy to verify.