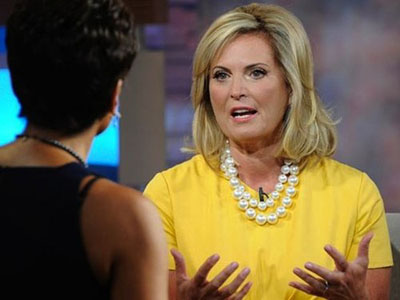 Over the weekend, the broadcast networks made it clear that they were going to air only three hours of live convention coverage. That meant skipping Ann Romney’s speech on Monday, a decision that produced some backlash. Alyssa Rosenberg pushes back:

Is it really so terrible that, in covering a highly staged event, the networks would exercise some level of discretion over what’s newsworthy? If the news divisions think that Ann Romney’s speech will merely recapitulate well-worn talking points and retell oft-relayed stories, they’re perfectly justified in cutting her. In fact, that should be their job.

….Predictability is what makes it entirely justifiable to not air Ann Romney’s speech. It’s hard to imagine that Mrs. Romney is going to attempt to sell audiences on a significantly revised portrait of her husband, or make any news. Given that the conventions are staged campaign events rather than places where events are actually decided, it makes sense that the networks (and the rest of the media, for that matter) should exert judgment.

I don’t think this holds water. All of the speeches are predictable and staged. Ann Romney’s is no more predictable than anyone else’s. Do you seriously think that Paul Ryan is going to mount the stage and say something that any of us will find surprising?

More to the point, I think we political junkie types misjudge these things. Ann Romney has no policymaking authority, so we’re uninterested in her. Bring on the wonks! I used to feel that way too. But then I got married and discovered that my wife is intensely interested in getting a look at candidates’ wives. Not because they’re going to say anything about policy, but just because. She wants to get a sense of what kind of people they are, and how they present themselves.

I no longer doubt for a second that there are millions more who feel exactly the same way. The truth, I now think, is exactly the opposite of what Rosenberg suggests. The other convention speeches are all from folks we’ve seen a thousand times before. We know exactly what they’re like and what they’ll say. But Ann Romney? She may not make any news on the policy front, but for millions of people this is going to be their first extended look at her, and they may find themselves surprised at what they see. In that sense, she’s the least predictable person who will take the stage all week.