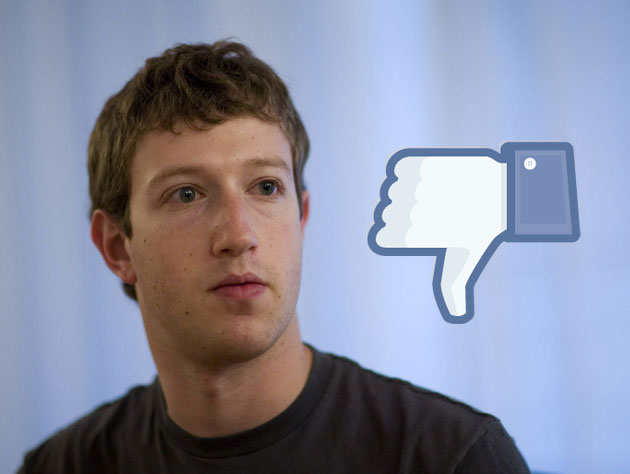 Modified from images via ZUMA Press / Imago, <a href="https://www.facebook.com/brandpermissions/logos.php">Facebook</a>

Here is everything that is wrong with Wall Street culture in a nutshell:

The deepening slide in Facebook Inc.’s stock is fueling talk once considered implausible on Wall Street and in Silicon Valley. Should Mark Zuckerberg, the social media visionary but neophyte corporate manager, step aside as CEO to let a more seasoned executive run the multibillion-dollar company?

….”There is a growing sense that Mark Zuckerberg, talented though he may be, is in over his hoodie as CEO of a multibillion-dollar public company,” said Sam Hamadeh, head of research firm PrivCo. “While in many cases a company founder can, and does, grow into the job, things are happening so quickly that there is precious little time here for Zuckerberg to do that.”

I’m not the biggest fan in the world of either Facebook or Zuckerberg. But we’re talking about a guy who built the single biggest success in the social media universe and has a long track record of understanding that market better than anyone on the planet. (“Long” in social media terms, anyway.) Now, after a short three months — and that’s a short time even in social media terms — investors are “restless.” Give me a break.

Did Zuckerberg overvalue the stock during Facebook’s public offering? Maybe. But nobody put a gun to investors’ heads and made them buy it. Did this “siphon extra profit for the company”? Sure. But contrary to the febrile expectations of Wall Street executives who think the world guarantees them a quick profit every time they lift their eyebrows, that’s what an IPO is for: to raise money for the company, not to give a guaranteed pop to early buyers. Zuckerberg would have been negligent not to squeeze every penny he could from the IPO.

If Zuckerberg is demonstrably not ready for prime time a couple of years from now, fine. Push him to step down. But after three months? Get a grip, folks.