At the end of the year, the Bush tax cuts will all expire unless Congress agrees to extend them. The framing wars have started already:

Republicans accused Democrats of playing politics with the economy, after the No. 4 Senate Democrat warned that her party would let $600 billion in tax hikes and spending cuts take effect in 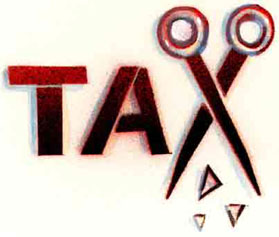 January unless the GOP agrees to raise taxes on the wealthy.

“Has it come to this, that Democrats are willing to hurt jobs and tank our economy for the sake of a small business tax hike1 that would also have disastrous consequences?” House Speaker John A. Boehner (R-Ohio) said in a statement.

I’m not usually a big fan of claims that framing is vitally important to the fortunes of political parties, but this is one case where it probably does make a pretty big difference. The basic facts are perfectly clear: Republicans want to extend all the Bush tax cuts, while Democrats want to extend only the cuts on income under $250,000. This leads to two obvious frames:

Democrats: Republicans are holding the middle-class cuts hostage. They’re refusing to support them unless the rich get a tax cut too.

Republicans: Democrats are holding the middle-class cuts hostage. They’re refusing to support them unless taxes are allowed to rise on the wealthy.

In theory, Democrats have the better of the argument. They can offer a clean bill that extends only the middle-class cuts and force Republicans to vote against it. Republicans can only offer up a full extension, which Democrats can vote against because they don’t want to extend the tax cuts for the rich. This polls pretty well, since a large majority of the population opposes tax cuts for the rich.

But that’s only in theory. In practice, it’s all in who manages to make their version of events the default way of talking about them. That doesn’t usually make a huge difference, but this time it might.