Apparently the shitstorm that engulfed Barclays Bank after it paid a big fine for rigging LIBOR rates has put the fear of God into everyone else on Wall Street. So now they’re hoping to avoid the spotlight by teaming up to 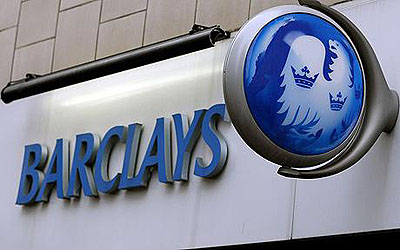 pay a gigantic joint settlement and hoping that no one pays too much attention to the individual banks who are walking the plank:

The sources told Reuters that none of the banks involved now want to be second in line for fear that they will get similarly hostile treatment from politicians and the public. Bank discussions about a group settlement initially took place before the Barclays agreement, and picked back up in the aftermath.

It is unclear which banks are involved in the potential settlement talks. More than a dozen banks are being investigated in the scandal, including Citigroup, HSBC, Deutsche Bank and JPMorgan Chase. They all declined to comment.

….While Barclays received a 30 percent “discount” on the fines for cooperating fully with authorities, it sustained far more serious damage with the subsequent loss of its top management and a public pillorying at the hands of politicians.

The specter of severe penalties from regulators and the possibility of multi-billion dollar class action suits has hung over more than a dozen banks being investigated worldwide since the extent of attempts to rig Libor became clear in CFTC and FSA documents released with the Barclays settlement.

I suppose this is smart. They all know they’re guilty, and they all know they’re going to pay up eventually. And the document dumps are likely to be hugely damaging. So why not just avoid all that, fess up (sort of), and avoid the public disclosure of damning emails? It’s only money, after all, and they can make that up by furtively raising overdraft fees on all their debit card holders. Sounds like a no-brainer to me.