In the New York Times today, Luigi Zingales criticizes student loan programs for inflating tuition rates. Basically, he figures that whenever federal aid levels go up, universities raise their tuition rates and suck in all the extra money. Students themselves end up just as deeply in debt as they were before.

I suspect there’s something to this for private universities. But I have my doubts about Zingales’s favored solution:

Investors could finance students’ education with equity rather than debt. In exchange for their capital, the investors would receive a fraction of a student’s future income — or, even better, a fraction of the increase in her income that derives from college attendance. (This increase can be easily calculated as the difference between the actual income and the average income of high school graduates in the same area.)

This is not a modern form of indentured servitude, but a voluntary form of taxation, one that would make only the beneficiaries of a college education — not all taxpayers — pay for the costs of it.

The cost of enforcing contracts contingent on future income is very large, but there is an effective solution: piggybacking on the tax collection system. The Internal Revenue Service could perform collection services on behalf of private lenders, and at no cost to taxpayers. (In Australia, such a system has been in place since the 1980s. The national 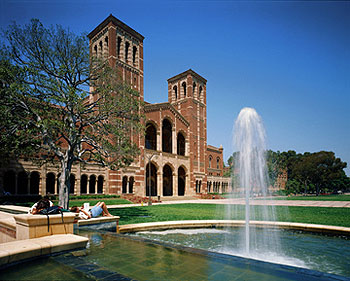 tax agency enforces repayment of loans contingent on income, though the payments of the wealthiest graduates are capped, and therefore less affluent graduates need to be charged more to make the program viable than in the system I am proposing.)

I wonder how the tax incidence of a program like this would differ from simply raising income tax rates on the wealthy a bit? Probably not that much, really, but you’d still have the problem of restraining tuition increases. As long as the government is making fixed amounts available to students, private universities have an incentive to take that money and then add on every cent the traffic will bear.

So what’s the solution? I’m not sure, but I don’t think that counting on “investors” would work. There might very well be plenty of investors willing to take a flyer on students at the top 40 or 50 most prestigious universities, but I doubt there’d be many takers below that level. Instead, if I were king for a day, I think I’d suggest this:

Is this unfair? Sure. There are going to be some bright but poor (or middle-class) students who can’t go to Harvard. Instead they’ll have to go to UCLA or Rutgers. Is this a tragedy? I’m not so sure it is. It might even end up as an improvement as flagship state universities find themselves able to enroll more of the very best students. And why shouldn’t they? The fact is that UCLA provides undergraduates with an education that’s just as good as Harvard, and the country might be a better place if we all faced up to that and took Harvard and the rest of our super-elite universities off the pedestal we’ve placed them on. That pedestal has long since become corrosive and damaging to the public welfare.

Bottom line: The taxpayers don’t owe you an education at Harvard. They don’t owe you an education at whichever leafy liberal arts college stole your heart during a campus visit on your 17th birthday. They owe you a good education. Period. Maybe we’d be better off if we all understood this as well as we used to and rededicated ourselves to having the finest and most accessible public universities in the world.

POSTSCRIPT: This post should be taken mostly as a provocation, not as a carefully considered position. Persuade me that I’m wrong! I’m wide open to dissenting arguments here.