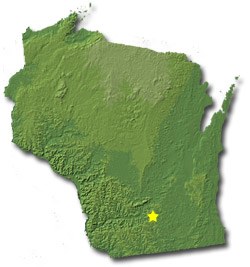 To understand the broader trends at work, a useful place to turn is Jay Cost’s essay on “The Politics of Loss” in the latest issue of National Affairs. For most of the post-World War II era, Cost argues, our debates over taxing and spending have taken place in an atmosphere of surplus. The operative question has been how best to divide a growing pie, which has enabled politicians in both parties to practice a kind of ideologically flexible profligacy. Republicans from Dwight Eisenhower to George W. Bush have increased spending, Democrats from John F. Kennedy to Bill Clinton have found ways to cut taxes, and the great American growth machine has largely kept the toughest choices off the table.

But not anymore. Between our slowing growth and our unsustainable spending commitments, “the days when lawmakers could give to some Americans without shortchanging others are over; the politics of deciding who loses what, and when and how, is upon us.” In this era, debates will be increasingly zero-sum, bipartisan compromise will be increasingly difficult, and “the rules and norms of our politics that several generations have taken for granted” will fade away into irrelevance.

I think you have to strain a bit to derive that big a lesson from a single recall election in a medium-sized state, but for a variety of reasons I agree that economic growth is probably going to be fairly modest in the medium term — over, say, the next decade or two. And this does indeed imply a sort of trench warfare style of politics, with everyone fighting over scraps because the pie isn’t growing as fast as it used to. Anyone who’s worked in a high-flying company that had to deal with a sudden slowdown in growth knows what I’m talking about. The departmental infighting can get pretty vicious.

Anyway, I have a short piece in Democracy that should be online next week making exactly this point, along with a few others. It’s about the likely shape of politics a decade from now, and although I have a couple of optimistic things to say about that, it’s not, as you can probably guess, an especially cheerful take.