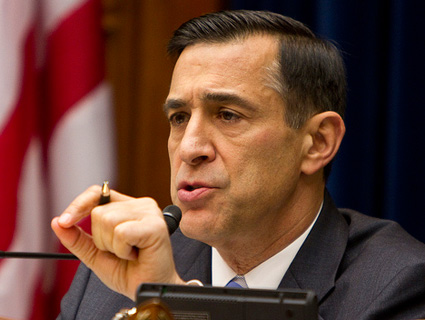 I’m pretty sure I’ve never blogged anything about the Fast and Furious program, which has long struck me as a fairly ridiculous invented controversy that Republicans care about only because (a) it involves guns, and (b) it involves the Obama administration. Darrell Issa, one of the GOP’s star attack dogs, more or less admitted the fever swamp origins of tea party outrage over Fast and Furious when he told Sean Hannity that Obama was using the program to “somehow take away or limit people’s Second Amendment rights.”

Sigh. Nonetheless, the latest round of responses from Attorney General Eric Holder is troublesome. Issa has been demanding piles of documents from Holder for months, and Holder has been declining for months to produce them. Issa is now threatening to hold Holder in contempt of Congress, and yesterday Holder met with Issa to make one last offer, which Issa declined:

Holder said after the brief session that Issa rejected his proposal to allow the committee to “review” the documents first, predicting that it would persuade them to not go ahead with the contempt vote.

On the flip side, of course, it’s a little hard to understand why Issa wouldn’t take him up on the deal if he was sincerely interested in understanding what happened. After all, he could always restart the contempt proceedings if the review didn’t convince him to back down.

Conclusion: This whole thing is completely ridiculous, just a pointless piece of political theater. I shall now try to return to my previous policy of ignoring it. Anybody got a problem with that?