Doug Mataconis notes that although plenty of conservatives criticized President Obama for intervening in Libya last year, none are willing to criticize candidate Mitt Romney for saying that President Mitt Romney wouldn’t “need to have a war powers approval or special 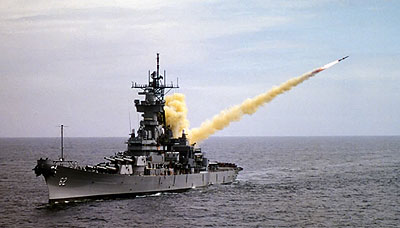 authorization for military force” in the case of Iran. But why not?

If anything, this is an even more brazen thumb in the eye of Separation of Powers and Congressional War Powers than Obama’s decision to intervene in Libya, which was limited mostly to Americans acting in a support role while the British and French conducted most of the combat operations. What Romney is saying is that he, as President, [can] decide on his own to commit an act of war on behalf of the United States that nearly every analyst who has looked at the issue concludes poses an extremely high risk of exploding into a wider regional war and/or inspiring acts of terrorism against the United States, Israel, and American interests abroad. Economically, the consequences of such a decision could be catastrophic if it results in the explosion in oil prices that most experts in that field expect would come out of any attack against Iran. And Romney believes that, under the Constitution, he would be perfectly free to make the decision to take that down that road all by himself.

True enough, and I’m on Doug’s side here. I’m willing to cut presidents some slack on small bombing operations1, but a military strike on Iran would pretty clearly not be a small operation. It would consume days or even weeks and would obviously be a major act of war. As far as I’m concerned, major acts of war require congressional approval.

Still, I think Republicans are mostly off the hook on charges of hypocrisy. I wish it weren’t so, but as near as I can tell, Romney’s position is the same as Obama’s, which in turn is the same as George Bush’s and Bill Clinton’s. The majority view in both parties, I think, is that the president could order a massive air strike against Iran on his own authority.

Would this be legal? You can argue otherwise — and I would — but in practical terms it’s unquestionably legal. If the executive branch thinks it’s legal; the legislative branch thinks it’s legal (or, at least, declines to oppose it); and the judicial branch refuses to interfere, then it’s legal by the only standard that matters. I don’t even really blame either Obama or Romney for claiming this authority. I probably would too if I were president and Congress didn’t have the guts to call me on it. If Congress routinely refuses to exert its own authority in the national security realm, it’s Congress that’s to blame when presidents arrogate too much of it. They could put a stop to it anytime they wanted.

1Yes, yes, I know. This makes me a small-scale warmonger. So be it.