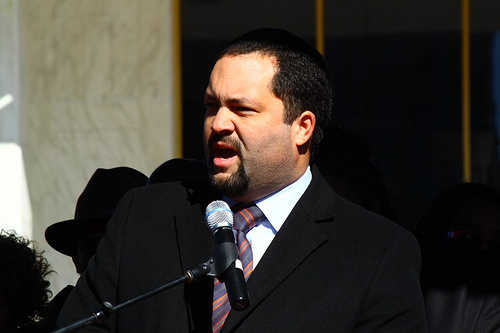 The national board of the NAACP, America’s oldest civil rights organization, officially endorsed same-sex marriage rights Saturday after a vote in which only two members dissented. Although it may seem like the NAACP was conveniently following President Barack Obama’s lead, the group’s decision was a long time coming, and reflects an internal evolution that began years ago.

During the fight over Proposition 8 in California, the state chapter of the NAACP actively fought on the side of gay-rights organizations, seeking to increase opposition to the anti-marriage equality measure in the black community. That move wasn’t without controversy. NAACP President Ben Jealous, whose brother is gay, traveled to California to help fill a fundraising gap after several donors protested the San Francisco chapter’s support of LGBT rights, and shortly afterwards Jealous was among those who pushed the national office to oppose California’s ban on same-sex marriage. Local NAACP chapters fought against the recently passed same-sex marriage and civil union ban in North Carolina, and supported legalizing same-sex marriage in Maryland. The head of the Iowa-Nebraska NAACP, Rev. Keith Ratliff Sr., has probably been the most vocal opponent of the NAACP’s evolution on gay rights, but he seems to be in the minority—there were just two no-votes out of 64 board members. Former NAACP Chairman Julian Bond has been a vocal supporter of same-sex marriage rights for years, even before stepping down in 2010.

The NAACP isn’t as influential as it once was, but part of its lingering power comes from the fact that religious leaders comprise a non-trivial percentage of its national and local leadership. Some of those leaders may continue to speak out against the organization’s decision on marriage equality. But the NAACP’s endorsement could also help smooth over confusion or frustration among black voters over Obama’s decision to support the idea of same-sex couples getting married. As the Washington Post‘s Jonathan Capeheart suggests, because Obama is the most admired black political leader in the country, his endorsement of same-sex marriage is already paying dividends by providing other black leaders and institutions cover to do so as well.

Media coverage of the black community and LGBT rights issues has also frequently put black folks on one side of the equation and LGBT rights activists on the other. Support for LGBT rights from established black institutions like the NAACP should help break down that false binary, and help reduce the invisibility of black LGBT rights activists who have often been frustrated by a frame that implicitly cuts black gays and lesbians out of the story.