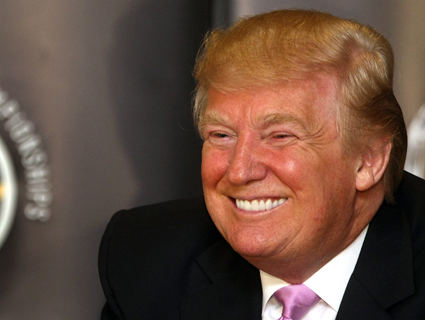 “I never really changed—nothing’s changed my mind,” Trump told CNBC, reassuring that his birtherism is as rock solid as it was last year when he briefly led Republican primary polling. “And by the way, you know, you have a huge group of people. I walk down the street and people are screaming, ‘Please don’t give that up.’ Look, a publisher came out last week and had a statement about Obama given to them by Obama when he was doing a book as a young man a number of years ago in the ’90s: ‘Born in Kenya and raised in Indonesia.'”

“I’ve been known as being a very smart guy for a long time,” he said.

Can we get Politifact on this?

Mitt Romney’s bromance with Donald Trump (they’re holding a fundraiser in Las Vegas) certainly fits the bill. The GOP nominee’s refusal to condemn Trump’s racist conspiracy theorizing—actual quote: “You know, I don’t agree with all the people who support me, and my guess is they don’t all agree with everything I believe in”—is pretty weak, as far as these things go. But it’s worth noting that we in the media also brought this upon ourselves by taking Donald Trump seriously at around this time last year, hanging on his every word, and dutifully writing up his adventures (guilty!). Trump’s political commentary was never anything more than a free media strategy, and it’s worked fantastically—a quick search through Politico‘s archives returns 996 articles related to Trump since last February.

Which brings us to this: 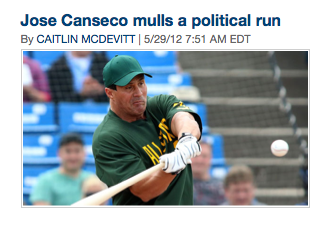 Tim Murphy is filling in while Kevin is on vacation.