Today, Aaron Carroll tells us the story of TriCor, aka fenofibrate, a cholesterol drug licensed by Abbott Labs in 1998. Unfortunately, TriCor’s patent was due to run out in 2000 and a maker of generic drugs was all set to produce a 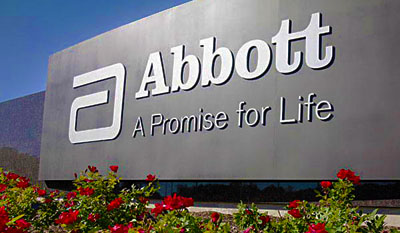 In the interim, Abbott sought and obtained FDA approval for Tricor-2. That drug was nothing more than a branded reformulation of Tricor-1. Tricor-1 came in 67-mg, 134-mg, and 200-mg capsules; Tricor-2 came in 54-mg and 160-mg tablets. No new trials involving Tricor-2 were submitted to the FDA. But Tricor-2 came out while the generic company was still waiting to make Tricor-1, and thus Tricor-2 began selling with no direct competition.

Six months later, Tricor-2 evidently accounted for 97% of all fenofibrate prescriptions. By the time the generic copies of Tricor-1 came out, no one was taking it anymore, and they couldn’t penetrate the market.

Wash, rinse, repeat. The generic companies petitioned to make generic Tricor-2. Abbott filed a patent infringement suit buying them a 30 month delay. They got to work on Tricor-3. That tablet came in 48-mg and 145-mg doses. No new studies. They got approval. Evidently, 70 days after Tricor-3 was introduced, 70% of users were switched to the new branded drug. By the time the other companies got generic Tricor-2 out, Tricor-3 had 96% of the market.

I swear I’m not making this up. Wash, rinse repeat.

The cost to American consumers of not having access to a generic version of TriCor is on the order of $700 million per year, money that (presumably) accrues to Abbott Labs instead. All of which goes to show that America’s pharmaceutical companies are still the most innovative in the world, no matter what the naysayers claim. Unfortunately, their innovation seems to reside mostly in their legal and packaging departments, not their R&D departments.

POSTSCRIPT: Although Abbott Labs is the main culprit here, fairness dictates that blame be shared. Aaron abstracted this account from a journal article in Archives of Internal Medicine, and he notes that one of the authors of the article takes doctors to task too: “Why didn’t we prescribe the bioequivalent generics for our patients? What was the advantage to our patients of the more expensive proprietary drug? Did we let down our patients and society?” Fair enough. Abbott did everything it could to keep everyone confused, but generics were still available. So why didn’t physicians prescribe them?