With my language cop duties out of the way, let’s go ahead and talk about misuse of the word Christian. I’m going to quote Ed Kilgore on this rather than Tim Noah himself:

TNR’s Tim Noah wrote yesterday about one of my all-time biggest pet peeves: the constant appropriation of the word “Christian” by conservative evangelicals as exclusive to their distinctive and hardly uncontested point of view. What sent Noah off was an NPR story on “Christian films,” which, of course, turned out to be films by a very particular and not at all representative type of Christians.

….Noah figures secular media go along with this theft of Christianity in all its diverse glory because they’ve been intimidated into doing so by the endless whining of the Christian Right about “persecution.” That’s clearly a factor, but I suspect secular media ignorance contributes as well: a lot of media types simply don’t 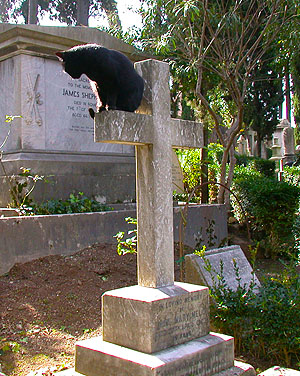 know much about religion, which they find faintly ridiculous and embarrassing.

This is mostly a guessing game, of course, but this doesn’t sound quite right to me. I don’t think the media has been intimidated, and I also don’t think they’re that ignorant. Most of them might not be aware of the various sub-strains of charismatic/Pentecostal/evangelical/fundamentalist Christianity, but they’re well aware that Catholics and mainstream Protestants also exist. They aren’t quite as dumb as all that, are they?

Rather, I suspect this is a case where, like it or not, we’ve developed a sort of tacit agreement among all Christian persuasions about this. I think media folks are willing to use “Christian” as a descriptive phrase not just for Christian right films and music and books, but for anything where overt Christianity is a key theme, not merely a subtext and not merely present by allusion. The problem is that the vast bulk of films and music and books that have overt Christianity as a key theme are, in fact, aimed at the Christian right. Mainstream Protestants have pretty much ceded the market.

What’s worse, this actually seems to work for everybody. We all want labels that tell us whether we might be interested in something. Marketers want them and consumers want them. It saves time. So the use of “Christian” as a marketing term for “Christian right” works for marketers because it lets them target an audience. It also works for evangelical consumers, who want to make sure they’re spending their entertainment dollars on the kind of Christianity they like. And in a way, even though there’s a price to be paid for this, I have a feeling it works for mainstream Protestants as well, who’d just as soon be warned off that stuff.

But I’m genuinely curious about this. I know that mainstream Christians have long been annoyed in general at the fact that so many people automatically associate “Christian” with “Christian right” these days, but I wonder how many of them are also annoyed by, say, the existence of “Christian rock” that’s almost exclusively evangelical Christian? The comment section of this blog is, for a variety of obvious reasons, a really poor place to get a representative read on this, but go ahead anyway. Is the modern marketing use of “Christian” as a way of targeting evangelicals a huge annoyance? Or just a shrug-your-shoulders kind of thing?