Andrew Sullivan links today to a Julian Sanchez post from a few days ago that I had kinda sorta meant to comment on but never did. It’s about religion and atheism generally, but also touches on the contemporary and widespread feeling of persecution among conservative 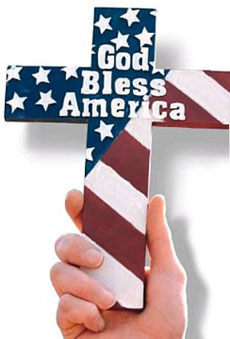 Christians in America. Why do they feel this way when there are so many of them and atheists are a tiny minority?

Previously faith could more or less be taken for granted—maybe the candidate makes a passing reference to the church they regularly attend—and that’s all there is to it, really, because of course everyone’s a believer of one stripe or another. Increasingly, isn’t so—that there are actually quite a lot of unbelievers, many of them effectively operating in stealth mode. This was probably always the case, but outside the academy and a few urban enclaves, nobody was terribly vocal about it—you certainly didn’t have anything like a visible public “movement.” Suddenly, if you’re someone who thinks of faith as a minimal prerequisite for decency, what was previously tacitly understood has to be signaled with extra vigor.

There’s probably something to this, but I really think that people pay too little attention to basic demographics when the topic of conservative Christianity comes up. A couple of points:

If you put these two things together, here’s what pops out: A century ago, something like 10% of the country belonged to a conservative Protestant denomination. That’s grown steadily ever since, and today it’s around 30%. So there’s really no mystery to explain here. Conservative Christians have become more outspoken and more politically powerful simply because they’ve grown more numerous. Sometime in the 70s, their numbers finally passed a threshold where they became a serious voting bloc, and they’ve been growing more powerful every year since then.

What’s more, at the same time this has happened, America really has become more secularized. No, religion isn’t under assault, and a lot of the rhetoric from the Christian right is grotesquely over the top. Still, it’s simply a fact that liberals have engineered a growing separation of church and state over the past few decades. Classroom prayers led by teachers have been outlawed. Your local city hall can’t put up its traditional Nativity scene. Christmas assemblies focus on generic songs without any religious content. Judges can’t festoon their courtrooms with copies of the Ten Commandments. Religious schools are denied federal funding. Etc.

I make no bones about the fact that I think this is all just fine. I prefer a broadly secular America. But I sometimes think that we liberals pretend to a level of mystification about this stuff that’s disingenuous. We’ve been chipping away at traditional religious expression in the public square for decades. At the same time, conservative Christians denominations have grown steadily. Put the two together and you have a substantial segment of the population that feels like it’s under assault. I don’t agree with them, but it’s not really all that hard to figure out why they might feel the way they do.

UPDATE: I changed the wording slightly on school prayer. Students can pray individually all they want. It’s organized, teacher-led prayers that have been banned.