I struggle to understand America’s disdain for jury duty. I’ve been called twice, and both times was happy to go. All things considered, I’d much rather do my regular job day-in and day-out that do jury duty, but I do my regular job every day. I find that taking a day or two or three off every few years to go do something different is pretty fun.

….Is everyone else’s job really so amazing that they can’t bear the thought of a few days off to listen to testimony and pronounce on a verdict? I don’t buy it. I feel like as a society we’ve coordinated on a pointless anti-social norm that you’re some kind of sucker if you’re willing 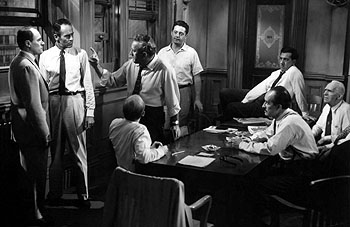 to just smile and do what the judge wants even though there are no really good self-interested reasons to want out. For salaried professionals, jury duty is a paid vacation. What’s not to like?

In the past, one legitimate beef was the way jury duty was run: calling in for days at a time over the course of a month, never knowing if you could make plans or if you’d get called in. Here in my neck of the woods things are now much better: you call in once, or at most three or four days in a row, and you’re either called in or not. That’s not nearly so bad.

Beyond that, there’s the problem of long trials. Getting called into muni court isn’t so bad. Trials rarely last more than a few days. Superior court is a different story. These are bigger cases, with trials lasting weeks at a time. That can be a real grind, and on the occasions I’ve been called downtown I usually do whatever I can to avoid getting called for a case.

What else? It’s pretty boring. For someone like me, it’s really tedious stuff waiting around, then waiting around some more while the lawyers play their voir dire games, then sitting around while they present their endless cases. I suppose the lawyers in my audience will disagree, but to a lot of us these trials seem like they should take about three or four hours, not three or four days (or weeks). And while trials are tedious in one direction for those of us with interesting jobs, I suspect they’re tedious in a different direction for people who aren’t used to sitting all day and thinking about evidence.

And of course, some people don’t get paid for jury duty. That sucks. Plus the hours are inflexible, which might cause problems that your regular job doesn’t. Or maybe you don’t work at all, and jury duty means needing to scrounge up daycare that you don’t normally need. Or maybe your job is one where the work will pile up and have to get done when you get back, which means facing a gigantic in-basket once the trial is over.

And speaking solely for myself, the one jury I’ve ever been on went a long way toward wrecking my faith in the criminal justice system. It was a case that shouldn’t even have gone to trial, let alone sucked up four days of my time, the judge’s time, and the bailiff’s time. I suppose that’s a lousy attitude, but I hated the idea that so many of us were having so much of our time wasted over a case that was only in court because some rich dude could afford a fancy lawyer to take a flier on weaseling out of a pretty obvious violation of the law.

Anything I’ve missed? Any reason I should love jury duty? You know where to tell me.