Ryan Avent wants to know why there are so many damn restrictions on putting up new buildings:

Our first question should be: is there some very compelling reason not to allow private actors to engage in mutually beneficial transactions? If a developer wants to buy a piece of land and erect a tall building on it, because he is confident that various tenants will be willing to pay him enough money to use the space to cover his costs, isn’t that alone a good reason to start with the assumption that the deal should go forward?

….Of course, there are times when economists are prepared to say that a market equilibrium is not maximising social welfare. When private transactions generate costs or benefits for those not participating in the transaction—what economists call externalities—there is scope for government intervention. And in a dense urban environment, we’d expect 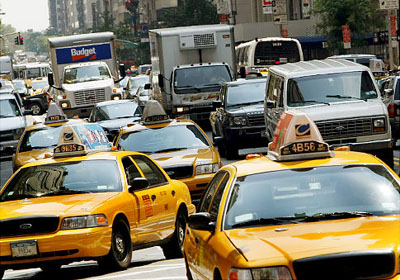 to see lots of externalities. There are spillover costs; when a developer builds a large new building, he may disrupt existing views and add to local congestion.

OK, let’s stop right there, because I think this is the answer to the question. I don’t care what you say your objection to a new building is, about 99% of the time the real objections are noise, congestion, and traffic. That’s it. Everything else is just cover. It’s not really about safety, or aesthetics, or neighborhood character, or the fact that George Washington once slept nearby. It’s about noise, congestion, and traffic.

Which is fine. I’m certainly concerned about those things in my neighborhood, and I’d be unhappy if someone wanted to erect a 50-story skyscraper next door that turned the street outside my door into a seething, 24/7 stream of cars and weekend partiers. And unfortunately for prospective developers, that’s an externality that’s very difficult to mitigate. You can reduce it, maybe by paying for a street widening project or some such, but that’s small beer. And in theory, you could simply pay off local residents. I might not like all the new traffic and noise, but if you paid me $5,000 a year to put up with it, maybe I’d mind it a lot less. But who do you have to pay? And how much?

These are all hard problems. I don’t know the answers. Just keep in mind that you should ignore almost everything everyone says about new buildings going up nearby. The real issues are always noise, traffic, and congestion.