Is President Obama waging a war on religion? Just typing the words is enough to make slitting my wrists seem like a fairly reasonable life choice. But Steve Chapman, obviously a stouter man than me, takes the time to dissect just how dumb this argument is:

Amid all the uproar, it’s easy to overlook something equally important: the administration’s many battles for religious liberty.

….The most conspicuous surprise involves government rules for faith-based organizations that get federal funding for social services. President George W. Bush issued an executive order allowing such groups to hire only people who share their faith—exempting them from the usual ban on religious discrimination….In his 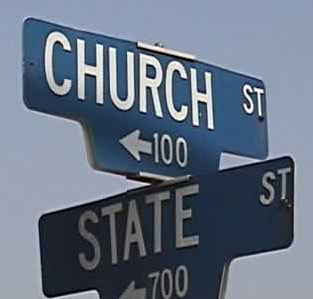 presidential campaign, [Obama] said his view was simple: “If you get a federal grant, you can’t use that grant money to proselytize to the people you help and you can’t discriminate against them—or against the people you hire—on the basis of their religion.” But it hasn’t worked out that way. Obama has left Bush’s rule in place, infuriating many groups that expected a reversal.

….His commitment is also on display in defending churches against municipal governments that would prefer to do without them….It filed a brief in support of a Hasidic Jewish congregation’s lawsuit against the city of Los Angeles, which had forbidden it to hold services in a private home. A federal court ordered the city to back off.

The administration has also intervened in cases where prisoners are denied religious literature. After a South Carolina sheriff prohibited inmates from getting devotional materials and other publications in the mail, the Justice Department sued. In the end, the county agreed to let inmates receive Bibles, Torahs, Korans and related fare.

….In doing all this, the administration isn’t simply doing the politically appealing thing….The congregations victimized by zoning regulations are too small to matter. Prison inmates generally can’t vote. There is no detectable political gain in anything Obama is doing here.

No detectable political gain? I suppose. But look: we’re dealing with people who think the reason Obama has left gun laws alone is because he wants to “lull gun owners to sleep and play us for fools in 2012.” So he’s probably doing the same thing here. Reelect the guy on November 6th, and on November 7th he’ll begin his war on the Catholic church. There’s really no arguing with this, is there?