I’ve been trying to figure out why my interest in pro sports has waned in recent years, and today’s announcement of a possible agreement between NBA owners and players to end their lockout gives 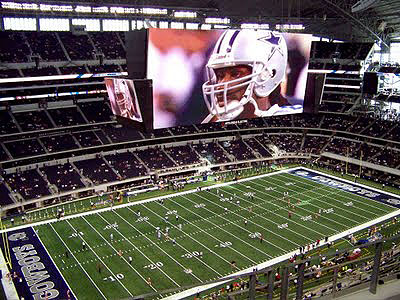 me an excuse to toss out a theory. I’m not sure I even really believe this, but I’m sort of wondering if it resonates with anyone else.

The theory is about money, of course. That part probably comes as no surprise. Basically, my problem is that pro sports franchises these days are so obviously mere businesses that it’s hard to convince myself I should care about them as teams anymore. From strikes to lockouts to luxury boxes to free agency to government handouts for lavish stadium projects, the P&L permeates everything.

But here’s what interests me: For some reason, I don’t feel this way about Hollywood even though it’s gone down exactly the same route. The studios are all corporate subsidiaries these days, stars are paid astronomical amounts, production companies routinely extort subsidies from states and cities, writers and others have gone on strike repeatedly, and newspapers sometimes seem to pay more attention to weekend grosses than they do to the movies themselves.

So why is it that the corporate nature of pro sports seems so obvious and so alienating to me, but Hollywood has, somehow, managed to embrace it in a way that doesn’t bother me as much?

Note that I use the word “embraced” deliberately. My sense is that I dislike pro sports because at the same time that it’s all become so obviously corporate, their marketing machine is based increasingly on the pretense that everyone is just playing for the love of the game and that’s how fans should engage with their product. Hollywood, conversely, seems more honestly avaricious. It’s all about money, but they celebrate it instead of pretending that we should engage with their product solely as art. It’s not that they don’t talk about their craft. They do. But it feels like they acknowledge the business side of things more openly and more boisterously, usually with a wink toward the audience. It’s all part of the game.

I dunno. Have I just been traumatized by a decade of Frank McCourt and NFL mendacity in Los Angeles? Or does this actually make any sense?